Working with a business maverick – the pleasure and the pain 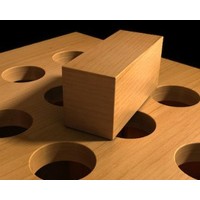 Bold and creative maverick leaders tend to deliver great innovations and breakthroughs. At the same time, they are highly disruptive, disturbing to work for and, by nature, definitely not team players.

In business, it seems we can’t live with them and can’t live without them, as many who encountered Apple founder, Steve Jobs, have attested. Research from the Australian School of Business delves into the personality traits and risk-taking behaviour of mavericks and finds the case for understanding the visionary nonconformist, while also carefully managing those within their influence.

Mavericks are essential in business, according to corporate psychologist Gavin Freeman, director of The Business Olympian. “We wouldn’t believe we could get to Mars if we had never made it to the Moon. For all of the damage that mavericks can do when things go pear-shaped, the benefits of their better decisions can be seriously far-reaching,” Freeman insists.

Think of how the iPhone and the iPod have changed entire industries and of their impact on society more broadly, prompts Freeman. He notes that behind almost all amazing innovations, discoveries and astonishing events are people who had incredible vision and insight and were able to push through when others were shouting: “You shouldn’t do that!”

A maverick – as defined in a research study by Chris Jackson, professor of business psychology at the Australian School of Business, and Elliroma Gardiner from the London School of Economics and Political Science – is a bold and creative individual who is unlikely to heed the advice of others.

“We conceptualise maverickism as a behavioural tendency to engage in creative, dynamic, risk-taking, disruptive and bold goal-directed behaviours,” the writers say in their paper, ‘Workplace mavericks: how personality and risk-taking propensity predicts maverickism’.

“However, rather than viewing maverickism as a typology, we see maverickism as a continuous variable where high-scorers are bold, eccentric and disruptive but also talented and engaging in goal-directed behaviour. High-scorers are also socially competent, comfortable in making decisions and persevering in actions which go against the status quo.” On the other hand, individuals low in maverickism are team-oriented, steady people who favour conventional approaches to risky ones, the researchers say.

The bold and disruptive behaviours common to mavericks can cause problems within organisations. In society, people want for certainty and predictability because the human brain looks for patterns, observes Freeman. For example, people like knowing that the shops will open at 9am, because that’s what they do every day. If the shops don’t open at 9am, many will be upset because their perceived patterns are thrown out of whack. Their sense of certainty disappears with the predictability of the pattern.

Similarly, mavericks – people whose behaviours are unpredictable and unable to be measured and understood by our own past experience – make others feel uncomfortable. Mavericks take away that longed-for predictability and certainty. In doing so they can disrupt teams, destroy culture and cause greater staff turnover.

“So much of modern business education centres around the importance of teams – of building and working within and managing teams,” says Jackson. “But another perspective is that it’s the mavericks in the organisation who create the really exciting opportunities and innovations. They’re necessary but they must be understood and they – and the staff around them – must be carefully managed.”

How to identify a maverick

The work of Jackson and Gardiner centred on the identification and the prediction of mavericks and maverickism within organisations, with their efforts concentrated on the positive – or functional – side of maverickism.

“We view maverickism as involving components which may potentially lead to both adaptive and maladaptive consequences,” the researchers say. “For example, on one hand, the tendency of individuals high in maverickism to be disruptive may work to overturn the status quo and generate market-changing and innovative technologies; however, being disruptive may also be counterproductive to maintaining team cohesion.”