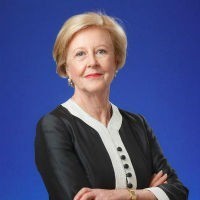 It’s been an extraordinary start to the year for Gillian Triggs. Yet the lawyer and President of Australia’s Human Rights Commission continues to get on with the job she’s so passionate about – helping to create a fairer and more diverse Australia.

Good practice, good business has been implemented following consultations with a number of Australian business leaders, from both small and large organisations.

Telstra was one of the first companies to jump on-board. Well known for its “all roles are flexible” policy, Australia’s largest telco believes both productivity and staff loyalty are boosted when workers feel they can be their true selves.

From a business point of view, a diverse workplace makes economic sense. Both Australian and global research indicates a country’s bottom line will increase significantly when employees are represented by every sector of the community.

Professor Triggs cited Goldman Sachs research that found Australia’s gross domestic product could be boosted by 11% if the gap between male and female employees was narrowed. Grattan Institute Research has concluded that a mere 6% increase in the number of female workers in Australia could add a further $25 million to the economy each year.

“Very quickly, we can solve a few economic problems,” she said.

“Similar studies have been conducted in Europe showing again that a diverse and inclusive workforce solves all sorts of problems; labour shortage, staff loyalty, retaining high quality staff, enhancing business reputation and image… Frankly we know that everyone feels a lot better in an inclusive and diverse working environment,” said Professor Triggs.

Business leaders admit there are still challenges ahead and businesses must do more than simply pay lip service to anti-discrimination policies.

“If we waited for everything to be perfect, we’d never have started,” said Telstra’s Roderick.

And those in small business agree the time for embracing change is now.

“If you don’t get involved you suffer, because you don’t end up with the best staff,” said Council of Small Business of Australia CEO Peter Strong.