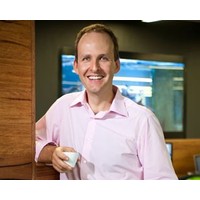 In 2006, when Robbie Cooke took up his position as chief executive of the online accommodation booking provider, Wotif, it was a one-trick pony. It was a very, very good trick – the cheapest room, guaranteed – but it was time for the company to change.

Wotif grew up in the wild west of the dotcom era, starting in 2000 as the boom turned to bust, and surviving on skinny margins, the skeletal costs of a young (cheap) and very energetic workforce and the vibrant leadership of Graeme Wood, who co-founded the company with three others.

That kind of success breeds its own risks. For example, in the past couple of years growth has been slower, and profits have taken a hit. Revenue grew just .75% between 2009-10 and 2010-11, and net profit after tax fell 3.8% in the same period. Maintaining staff morale in that kind of climate is a challenge that Cooke hasn’t faced before.

Cooke says the high Australian dollar wrought a sudden change on Wotif’s market. “For five or six years, we had a market that took two domestic holidays and one overseas holidays about every 18 months,” he says. The high dollar lured travellers overseas and, since its parity with the United States dollar was unprecedented, they felt an urgency to go while the going was good.

At the time, however, Wotif was only just starting to take international bookings. Selling hotel inventory online is harder than it seems. In fact, 110 of Wotif’s 430 staff are involved in managing the company’s direct relationships with hotels. Keeping its promise of the cheapest room means making sure rates are up to date and ensuring that hotels don’t do direct deals at better rates (through mystery shopping) is a big job.

That makes entering overseas markets harder than it looks, but Wotif now has offices in Kuala Lumpur, Singapore, Bangkok, London and Phuket, in addition to Brisbane (its headquarters) and Sydney. To expand into travel, Wotif bought Travel.com.au in 2008 for more than $50 million. Today about 35% of its accommodation customers also book their flights through Wotif, but this took time to build up.

Communication and cost management are the keys to managing through that kind of change, Cooke says. The door to his office, which is little bigger than a broom cupboard, is always open, he says.  “There’s no need to book a meeting to talk with me,” he says. “I’m not in an ivory tower playing God.”

In the tough times, Cooke held informal talks with staff about the situation facing the staff, explaining that the company’s model was sound, but that its heartland market was doing something different. He appointed a team of 11 executive general managers to spread the word and keep the company flexible. “I tried to break [the company] down to keep its nimbleness and ability to respond to the market,” he says.

Wotif’s fortunes are looking up this year. “This half, we had 14% [net profit] growth,” Cooke says.

As travellers realise that the high dollar is here to stay for some time, they are returning to domestic travel, too.

Cooke is proud that his company has kept the cost-conscious business style from its early days; the average age of staff has crept up a little from 27 in 2006 to about 30 today, he says. Most join when they are students, working in the company’s (local) call centres. Cooke keeps staff, who typically get itchy feet in the early 20s, by letting them move around the company’s offices locally and overseas.

Still, there are a couple of expenses he won’t compromise on: the office coffee machine – one for each of the company’s seven offices – and “Beer-O’Clock” on Fridays at 4pm. “I reckon I save a day a fortnight by having the coffee machine in-house,” Cooke says.

And the return-on-investment for the beer hour on Friday? “It’s just civilisation, isn’t it?” Cooke says.