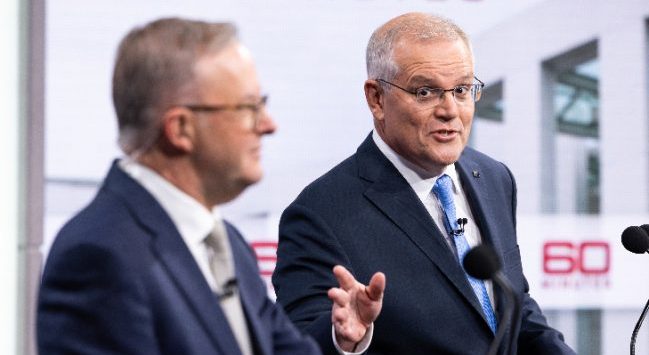 Supply chain chaos, wages, and labour shortages remain top-of-mind for small business owners ahead of the federal election, new data shows, while an extension of the instant asset write-off scheme and reduced company tax have solidified as policy priorities.

With just days to go until Australians head to their nearest polling centre, a new report from small business administration platform Xero claims policies benefiting the SME sector were a top voting priority for more than 40% of respondents.

Supply chain constraints remain a top concern for 23.7% of surveyed businesses, Xero said, exposing how war in Europe, and the logistical logjams borne of the COVID-19 pandemic, continue to batter local operators.

The cost of wages is a concern for 22.6% of respondents, a reflection of how tightness in some labour markets has elevated wages for in-demand staff.

Wages became a central election issue last week when Opposition leader Anthony Albanese advocated for raising the minimum wage by at least 5.1%, in keeping with the surging cost of living.

Wage Price Index data for the March quarter arrives Wednesday, and is likely to show inflation outstripping the expansion of take-home pay for Australian workers.

A related issue — the lack of high-demand talent in certain industry sectors — emerged as a key worry too, with 21.3% of businesses concerned about staff shortages.

Nearly one in three businesses remain wary of the impacts of COVID-19, Xero added, but respondents expect conditions to be more favourable than in years prior.

Another one in three businesses state a cash rebate or grant would encourage them to splash out on technology upgrades, Xero added.

While not a precise cash-back pledge, the Morrison government has pledged to provide small businesses with ‘bonus’ tax rebates on tech upgrades come tax-time.

In a separate survey of more than 700 small businesses, industry financier ScotPac revealed an extension of the instant asset write-off scheme was a top election concern for 24.3% of respondents.

The scheme is set to expire in June 2023, with neither the Coalition nor the Labor Party explicitly declaring they intend to push it further.

More significant company tax cut relief was a priority for some 18.5% of respondents, while the slashing of red tape in business activity statements and other regulatory requirements a concern for 17.7% of surveyed businesses.

The extension of COVID-19 support programs was a top concern for less than 5% of respondents.

Notably, the ScotPac survey also provides an insight into the voting intentions of both small and large businesses.

Labor commands 45% support among businesses with revenues between $1 million and $5 million, compared to 42% for the Coalition (the remainder support other parties, or remain undecided).

However, the balance shifts for businesses commanding revenues of between $5 million and $20 million. 66% of businesses in that cohort support the Coalition’s election platform, versus 24% in support of Labor.

Labor has confirmed it will not yet seek to increase Commonwealth-funded paid parental leave entitlements to 26 weeks, nor would it add superannuation to the parental leave payments.

Albanese says a summit is needed to work out how best to improve outcomes for both employers and employees.