Yes, but what about leadership? 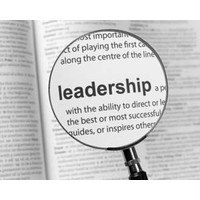 Booz & Co’s latest global innovation study, Making Ideas Work, makes interesting reading – as much for what it doesn’t say as what it does.

Once again Apple was named the world’s most innovative company, by a bigger majority of respondents than last year.

Once again technology, healthcare, and auto companies dominate the research and development funding ranks, with Booz re-emphasising the lack of a long-term correlation between how much a company spends on innovation and its overall financial performance. “What matters is how companies use that money and other resources, as well as the quality of their talent, processes and decision-making,” Booz says. “Those are the things that determine their ability to execute their innovation agendas.”

This year Booz researchers decided to dig down into process, unpicking how successful organisations have made innovation a part of everyday business. They looked at idea generation and idea conversion and found, unsurprisingly, that alignment and discipline count.

“The most successful innovators in all industries have developed a variety of consistent, manageable ideation practices that are well aligned with their innovation strategies,” the report states. “And when moving ideas into the development stage, they tend to depend on an equally consistent set of principles and process.”

The problem is, Booz’s own research indicates a higher-order problem: that many companies still struggle to achieve a coherent innovation strategy. Its 2010-11 survey, Why Culture is Key, revealed a lack of strategic thinking and poor alignment between many top companies’ innovation ambitions and business strategy, culture and processes.

In this year’s report, Booz researchers reiterated key questions highlighted in that earlier work. “Is (the innovation strategy) tightly aligned with their overall business strategy? Have they put in place the capabilities needed to support that strategy? Do they have the right corporate culture needed to make that strategy work?”

It follows that companies that align all aspects of the innovation process and execute well have a distinct advantage. How, though, to achieve such alignment?

Leadership, while perhaps implied, isn’t mentioned at all, yet it is widely acknowledged as crucial to innovation’s success.

Recent McKinsey research reaffirmed that while structures and processes matter, leadership and alignment are paramount. “While 86% (of respondents) say that the structure of their separate functions positively influences outcomes,” McKinsey says, “the results suggest that the most important factors for success are the extent to which innovation is integrated into corporate strategy and to which company leaders support and engage with innovation efforts.”

Leaders set up the cultures that cause innovation initiatives to flourish or fail. The researchers behind the eight-year Harvard Business School project that produced The Innovator’s DNA reaffirmed that basic message in July. The world’s most innovative companies, they say, are led by people who daily model the mindsets and behaviours they want to see in the rest of the organisation.

“What does the average company need to achieve in these areas to spark an innovation premium?” the researchers ask. “Fundamental change within senior managers (some mastery of the five discovery skills); changes in how their innovation project teams work (processes that support innovation); and changes in philosophies that foster the belief that innovation really is everyone’s job.”

According to Nike’s global CEO, Mark Parker, challenging the organisational status quo is a leadership role. “It’s natural for people to be comfortable the way things are,” he says. “My job – our job – is to not close the mind.”

Anointed ‘the world’s most creative CEO’ by FastCompany, Parker offers a refreshing view of a culture comfortable with a volatile operating environment. “Our management hasn’t come from studying and reading business books,” he says.

“It’s more intuitive, from the culture of sports. We’re constantly looking for ways to improve. How do you adapt to your environment and really focus on your potential? To really go after that, you have to embrace the reality that it’s not going to slow down. And you have to look at that as half-full, not half-empty.”

A former journalist and strategic communication specialist, Josie Gibson set up a CFO network, among other things, and now works with companies on creativity and innovation initiatives. www.pourquoi.com.au