LinkedIn is rolling out greater insights for jobseekers: Why your business should take notice 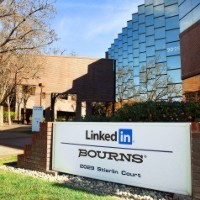 LinkedIn is rolling out an update that will mean jobseekers will be able to see more information about a company before they apply for a job.

The features will allow jobseekers to see what connections they have at a company, who they will be working with and whether the business has hired similar people in the past.

Read more: How to attract the best staff

LinkedIn senior product manager Vidya Chandra said in a statement the changes are being made because both businesses and jobseekers can benefit if people have more information about what it is like to work for a particular company.

“This is just the beginning of the ultimate jobs experience we aim to deliver to all job seekers on LinkedIn,” Chandra said.

“We want every job seeker to have access to career opportunities and the competitive knowledge they need in order to make their dream opportunity a reality.”

Giving jobseekers more information about a potential employer could also help the employer attract the right candidates for their business.

A recent study by LinkedIn found that while 70% of Australians are not actively looking for work, they are open to talking with a potential recruiter about a job opportunity.

Ben Watts, director of WattsNext HR, previously told SmartCompany passive candidates are often the best ones and SMEs would be wise to monitor potential recruits on sites such as LinkedIn.

“They’re often the ones happy in the place they are, but they can be enticed out of where they are,” Watts said.

“That’s often the missing link. You might have the greatest workplace in the world, but who outside your company knows it?”

“Take photos when you’re doing something great internally and share them,” he said.

“Basically, advertise what you’re doing internally that makes it look like a fun place to work.”