Look who’s talking: Everything you need to know about employer review sites 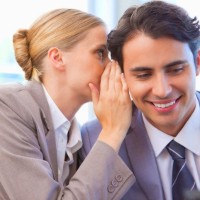 Google, Facebook, Twitter, Yelp – SMEs should know by now they are being reviewed across a multitude of different websites every day.

But while SMEs have long been warned not to stick their heads in the sand when it comes to managing what customers say about them online – they may not have considered the full influence employees have on brand reputation.

Employer branding is a relatively new concept in Australia, but smart businesses are fast catching on to the idea of marketing their workplace culture. The idea is companies can reduce the time it takes to find the right employee, and they’ll look good to everyone else while doing it.

In recent years, there has been a rise in websites that help make this branding easy – by encouraging employees, past and present, to ‘review’ their workplace culture.

One of the most popular employer review sites in Australia, JobAdvisor, has more than 14,000 company profiles.

JobAdvisor also has numerous reviews for companies yet to make an official profile, so while some brands are being proactive about their employer branding, many SMEs may not even know what’s being said about them by their employees.

Unlike professional networking sites such as LinkedIn, these employer reviews are anonymous and include both the pros and the cons about working for a company.

So, who’s talking about you, what’s being said and why is it important to listen? SmartCompany has taken a look at employer review sites and pulled together everything you need to know.

The sites doing the talking

JobAdvisor is the largest player in the Australian market. Chief executive Justin Babet, who comes from a recruitment background, registered the domain name in 2007 on the hunch a site reviewing employers had huge potential to change the HR game.

“We thought, what lessons can we learn from traditional marketing about repositioning the brand in the market?” Babet told SmartCompany. “I started to look at other industries and saw review sites were really started to take off.”

JobAdvisor launched in March 2012 and now has profiles of companies including Commonwealth Bank, Adobe and Deloitte.

GlassDoor, which was founded in California, also in 2007, is the biggest employer review site in the US and is currently looking to expand its Australian presence. Its international database consists of 6 million company reviews, chief executive approval ratings and salary reports.

Some of the smaller sites to keep on your radar include Review My Employer, which is currently under construction, Work Place Fit and Right Place to Work.

The good news is the majority of those writing employer reviews are happy campers.

“Our average review is 71% satisfaction, so most people are happy,” says Babet. “In fact, for current employees, the average is 75%.”

“It’s about relevancy,” says Babet. “If you worked there a year ago, your opinion is not as important as someone who still works there.”

While Babet admits there will always be ex-employees with an axe to grind, he says the site is more about portraying an “overall image”.

“Let’s use the TripAdvisor analogy; even the best hotels in the world have bad reviews,” he says.

“The best books have negative reviews, you’re always going to have one or two people with something bad to say, but that’s not what’s important. It’s about the overall sentiment.”

Digital marketing expert Michelle Gamble agrees, saying those reading reviews, which she says will include both potential employees and customers, will look at the big picture.

“There’s always one or two bad reviews, but people take that with a grain of salt,” Gamble told SmartCompany. “They make a decision based on the overall picture.”

Why you should listen

Gamble says businesses are increasingly marketing from the inside out.

“To be competitive you have to get best people and to get the best people, you need to sell the company culture,” she says.

Babet agrees there is an intersection between a company’s employer reputation and its wider marketing message.

“Everybody wants to buy a product or a service from a company that has happy employees,” he says.

Experience gift retailer RedBalloon is one company thinking about employer branding. The company currently has an employer rating of 4.9 out of 5 on JobAdvisor and over 2000 page views.

“It’s an independent platform to give employees a voice,” says Bromley.

“It creates a balance and I want it to be real … We’re not trying to say we’re the best employer in the world; we can’t be everyone’s cup of tea.”

Babet says it’s precisely this warts and all image that creates a “social proof” for your brand.

“You can say what an amazing company you are to work for, but who will believe it?” he says.

“It becomes more powerful when other people say it.”

Babet says most of the companies now registered with the JobAdvisor are small businesses. He finds they are decidedly more confident than larger companies about portraying a transparent workplace culture online.

“A culture of transparency is a really positive thing,” he says. “We collect reviews about a company whether they have a profile or not, so it’s a fair and open platform. You can ignore it, but a better way is to embrace it and be a part of what’s being said.”

Gamble says the best practice for using employer review sites is not to defend or ignore anything said about your workplace brand online.

“Sometimes people have a bad experience because of a bad fit,” she says. “The best way to combat that is to let other employees know about the site and invite them to write their own review. Dilute the bad reviews with good.”

“People freak out because they think they have no control, but that’s not true,” says Gamble. “You just have to work harder than you’ve ever had to.”

Bromley says if she had a situation where an ex-employee had written a bad review of RedBalloon, her actions would depend on the individual circumstance.

“Most of the time we hire the right people, so if someone wrote a negative comments… I would acknowledge that was their experience and that is okay,” she says.

The primary objective of these sites is to act as a recruitment service for employers, and that’s why you’ll expect to pay more if you sign up for premium packages that stand you out from your competition.

“We call it a culture matching platform, which is a fancy way of saying we match candidates to companies based on good culture fit,” says Babet.

“The key thing for small businesses is that most companies only market themselves as an employer when actively hiring and the rest of the time they’re invisible,” says Babet.

He says the idea is to shift the recruiting strategy from a ‘reactive’ one, to a more active and constant search for potential candidates.

“Would you prefer someone to work for you because they tick a certain number of boxes on paper or because they’ve seen your business and are really excited and your brand?”