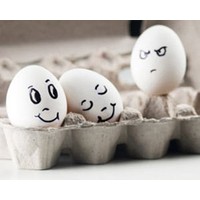 When Zynga recently pulled the plug on an underperforming online game called Petville, the outcry from its virtual-pet owners was loud and visceral.

“This is the last day my little friend will be alive. So sad,” a player wrote in one of more than 2,300 posts on Zynga’s Facebook page announcing the game’s closing. “I love my little friend.” Another fumed: “Zynga [stinks]! And I will NEVER play any of your games again. You can take your lousy credits and shove them! I hope … karma comes around to get you and you think back on how many people you upset and lost due to [the] stupid, greedy decision to remove Petville.”

Companies often need to shutter unprofitable businesses, but was there another approach that Zynga could have taken? Consider how Glitch, another massive multiplayer online game, or MMO, handled its exit at the end of 2012. Games publisher Tiny Speck, founded by Flickr co-founder Stewart Butterfield, said it decided to close down its flagship game in part because it “has not attracted an audience large enough to sustain itself and … it seems unlikely that it ever would.”

The company apologised profusely for its action and announced the end weeks in advance to give players time to mourn the loss of their digital avatars in Glitch’s whimsical world. It also let each of the 11 giant characters in the game say goodbye while the “forehorsemen” of the Apocalypse acted as town criers, announcing that the “end is nigh”, among other farewell rites. If they wished, players could download images of their characters to save them on their computers.

The effect, according to Glitch player Andrea Phillips, was to give the fans a sense of closure. She was sad the game ended, but harbours no ill feelings. “It was a very special community. It wasn’t something that came along every day,” she notes. “I more than got my money’s worth.”

But Phillips, a freelance game designer, has harsh words for Zynga, whose Farmville game she has played before. “They don’t value the experience, but only the revenue. Zynga is a ruthlessly commercial entity,” says Phillips. “Glitch was not that. It was a labour of love for the team that made it.”

In a December 2011 profile in VentureBeat, Zynga was described as a “metric-driven” company that combined intuition and data. It religiously monitored what succeeded and failed in its games, then moved to adapt. But CEO Mark Pincus spared no sentiment for failing games, according to the article. “If a game didn’t take off, Pincus had no qualms about killing it. He spent $3 million developing an unnamed role-playing game. But the title didn’t take off in a viral way when it launched, so Pincus pulled the plug on it,” the trade publication said. “Pincus became ruthless about canceling games that weren’t working.”

Zynga, ironically named after Pincus’s late bulldog, euthanized Petville on December 30 as part of plans to decommission 13 underperforming games. Zynga, whose shares have fallen by three-quarters from its December 2011 IPO price of $10, said revenue growth is slowing. A change in the policies at Facebook – the platform used to play most of Zynga’s games – has made them less visible on the social media network and also promotes Zynga’s rivals, according to a November 15 story in The Wall Street Journal. Moreover, Zynga has had difficulties translating its online games to the smaller mobile screen.

The Zynga way or the Glitch way?

Why shouldn’t Zynga cancel games that have not gained traction, much like Procter & Gamble would pull a tepidly-received product off the market? It can, Wharton experts say, but the repercussions are likely to be magnified because Petville is different from a bottle of shampoo. While there will undoubtedly be shoppers who will lament the loss of their favourite hair care product, players in online games who build homes, nurture digital characters and become part of a virtual community are more emotionally invested.