A Spotless problem: How to tell when your executive ranks are bloated 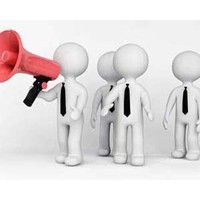 How big is too big for a company’s head office?

At least 200 of these executives have been cut in recent weeks, most of them from the human resources and legal divisions. In 2011 (before it delisted), Spotless employed 40,000 staff across its divisions.

But head office was “bloated”, and executives had to go. Dixon says head office numbers have doubled in the past five years, despite a rapid fall in share price and profits during that time.

“When you go in and do turnarounds, it’s often easy to find surplus staff in the head office environments where, over time, it’s just become comfortable,” he says. “If you do not control bureaucracy, it will grow of its own accord. People can bury themselves in systems and, without checks, these can grow without relevance to the business.”

Failure to control this can be “financially terminal” for a company, he says.

In large businesses, unwary leaders can find the managerial and administrative needs of a business dictating strategy and operations. Leaders can be reluctant to move low-level executives and mid-level managers out of their “comfort zone” of work intensity, and this can bog down the business, as well as drain resources away from servicing customers.

A few years ago, Condon put out an ad to hire an executive personal assistant. The one he hired had worked for the CEO of a large Australian corporation, so he thought she would be well qualified to do the job he wanted. She only lasted three weeks.

“She resigned. She said she couldn’t cope with the amount of stuff she was expected to do. I thought my business couldn’t be anywhere near as demanding as what she was doing before. But then she ‘fessed up, explaining that in her previous role, she had been an assistant PA, one of 16. So, this CEO had a personal assistant, who in turn had 16 assistant personal assistants.

“I can understand someone with a very heavy schedule or workload having two or three PAs. But when you have 17, well, I think you’ve lost sight of reality, and everyone’s living in a very comfortable zone.”

To break out of this complacency, Condon recommends businesses go through a process every two or three years where they assess their managerial and executive needs. This should include benchmarking against rivals, looking at their particular needs, and considering whether technology and new ways of doing things have made some roles redundant.

Businesses should implement such reviews cautiously. “In saying that, I’m not advocating a complete reorganisation every three years,” Condon says. “You don’t want to get into a mindset that says ‘you’re never efficient’, which means you change just for the sake of change. Just query the necessity and relevance of your functions in the current environment.”

There are costs to retrenchments other than the financial cost of redundancy payments. Regular waves of redundancies can affect staff morale, making them more fearful and less productive, he adds. The risk is, that by changing operations (and making redundancies) every few years only to change them back again a decade down the track, management loses the respect of its longest-serving employees.

And there are also workers whose roles are not about efficiency, but who are nonetheless crucial to a business – for example, those concerned with occupational health and safety and quality control.

“Businesses should be ever-vigilant. They should have a mindset of getting things done as effectively and efficiently as possible,” Condon says. “But on the other hand, you shouldn’t cut back to the bare bones. If you cut yourself to the point where you require the absolute most of your staff all the time, your system will break. You need some slack in the organisation. Just don’t allow that slack to become a financial burden.”