Abolishing the weekend: The last barrier for flexibility 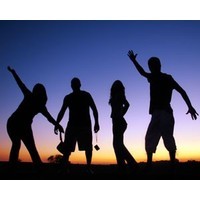 The big four banks are pushing for weekends to be considered ordinary working hours.

In a joint application to Fair Work Australia, the banks have asked for their industry award to be changed to include Saturday afternoons and all of Sunday as ordinary working time.

It isn’t about paying lower wages. The banks say they have no intention to change penalty rates. Under the proposed changes, their lowest-paid workers would still be paid double time on Sundays, and time-and-a-half moving to double time after the first four hours on Saturdays.

While the Financial Services Union says it is part one of a two-part strategy to take away weekend pay rates, it is an important proposal even if the banks retain them. Responding to consumer demand for 24-hour banking, the banks are reimagining the normal working week.

The evolution of the traditional working week

We didn’t always have a 40-hour, five-day week. Professor Mark Wooden, a professorial research fellow at the Melbourne Institute of Applied Economic and Social Research, says if you go back far enough, necessity made every day a normal working day.

“But over time, as we became wealthier, we went for the six-day work week,” he says. “Then, we moved to the five-day 40-hour week, which was the result of the union movement looking to improve the living conditions of workers.”

As a system, the weekend was intended for the nuclear family. Men were the dominant breadwinners. Women spent their days as homemakers, at home with the children. The weekend was a time for common socialising: watching the kids play sport on Saturday morning, then watching local football in the afternoon. Sunday was church, followed by Sunday lunch.

In those days, shops being only open Monday to Friday worked. “The wife was at home; she could do the shopping,” says Wooden. “There was a lot more stuff being delivered to your home, like milk and bread.

“It was a different world. If you went to Melbourne [CBD] on a Wednesday evening, you would struggle to find anything open.”

Today, consumers operate in a 24/7 economy. They shop online at any time of the day or night. And they increasingly expect that level of convenience from bricks and mortar businesses, especially the large ones (such as banks).

“You may not expect a branch to be open, but if there are problems you want to be able to call someone immediately,” says Wooden. “Insurance companies are the same … But to maintain those services you have to have staff rostered on.”

The benefits of ditching the weekend

Earlier this year, MasterChef star George Calombaris told The Power Index he struggled to open on weekends due to the high penalty rates paid to hospitality workers. His concerns were echoed by many business leaders across Australia, and contested by unions and Labor politicians.

The banks aren’t asking for lower wages. But their proposals would make it easier for them to provide services on the weekend. If Saturday and Sunday are redefined as ordinary hours, staff can regularly be rostered on for those times. In addition to this, workers under most awards have the right to refuse unreasonable overtime work. If the weekend isn’t overtime anymore – just a higher-paid normal day – it changes this dynamic.

“One reason for paying more on weekends is because it’s hard to find people willing to work then,” says Wooden.

“But there are plenty of people who don’t mind working weekends. For example, young students who don’t want work Monday to Friday. Or secondary income earners who don’t want to pay childcare, so want to only work when the other earner is at home.”

Our changing lifestyles have also made weekend work less punishing. “It’s no longer true that weekends are the only time for fun,” says Wooden. “Sports, events, entertainment venues, these aren’t just open on the weekend now. In the 24/7 economy, the types and variety of leisure activities available to us have changed.

“So the notion that Saturday or Sunday is particularly special is a less convincing argument.

“It’s still the case that, for example, Christians go to church on Sunday, or kids play school sports on Saturday mornings. There are cases where people don’t want to work then.”

Given this labour scarcity on Saturdays and Sundays, it makes sense that wages should be higher, he admits. But when it comes to the notion that the weekend is somehow sacred for everyone, well, those days are gone.