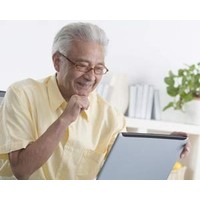 Welcome to Shades of Grey, a series from The Conversation that examines the challenges posed by Australia’s ageing workforce. Today, Monash University’s Philip Taylor looks at the costs and benefits of lifting the workforce participation rate of older workers.

In the past, older workers have borne the brunt of industrialised nations’ efforts to grapple with the effects of economic downturns, with policymakers encouraging their withdrawal from the labour market. They have been over-represented in declining industries, under-represented in those experiencing growth and affected by reduced demand for unskilled workers.

Earlier this year, the Australian Human Rights Commission released Working Past Our 60s, a discussion paper on reforming workplace laws and policies for older workers. The report highlighted a number of institutional barriers to their employment, the removal of which would undoubtedly assist in lifting older workers’ employment participation rates to levels closer to those of other industrialised nations.

Organisational delayering, downsizing of operations and process re-engineering has fragmented traditional employment relationships and undermined the ability of older workers to sustain positions in the labour market. The restructuring of the global economy will continue to shape the employment landscape in ways that may not be conducive to their job prospects.

But current thinking is that early retirement is not tenable if industrialised economies are to remain competitive and to respond well to their ageing populations. The European Commission, for instance, has estimated that an increase of one year in the effective retirement age would reduce the expected increase in expenditure on public pensions by between 0.6 and 1 percentage points of GDP. The economic gains alone resulting from “active ageing” could thus be enormous.

But is this achievable without the risk of hardship for some older workers?

At first glance, working later looks like an attractive prospect for older workers when one considers benefits such as income and social participation. To achieve longer working lives, major reforms are needed and, in this regard, the present federal government has introduced a raft of generally useful initiatives. This latest official report identifies other, remediable factors that discourage the labour force participation of older workers.

But in the rush to promote the benefits of working later, the reality of older workers’ experiences should not be neglected. It is easy to point to gaps in arguments concerning the value of blocking off early exit pathways and instead exposing older workers to the labour market via promoting re-entry and retention. Unfortunately, past policy changes have often been driven more by concern for the economic consequences of population ageing than for the wellbeing of all older people.

While older workers may nowadays be somewhat closer to the labour market than they once were, their employability is often poor. Some unemployed workers will be, in effect, retired but lack the financial wherewithal to withdraw from the labour market. “Activation” (in terms of offering the “right” of older people to work) when there is no work to be had (due to age discrimination, a lack of skills currency, or failing health) may simply be condemning many to labour force participation, but with little or no prospect of meaningful opportunities.