All cashed up with no place to go 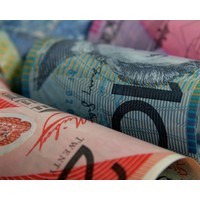 Profit reporting season on the Australian Securities Exchange is a great time for entrepreneurs of all shapes and sizes to get some great intelligence about their big rivals.

While most entrepreneurs would shudder at the idea of telling the world about their sales, profits, margins, borrowings, wages bill and divisional performance, listed companies have to do it twice a year.

If one of your rivals is listed on the sharemarket, you should be downloading their half-yearly and yearly results and poring over them to see where margins are being stretched, what sort of money is being spent on marketing and development and where potential problem areas might be developing – if your listed rivals are facing trouble in a particular area, those same headwinds might eventually hit you.

James is surprisingly upbeat, pointing out that not only did 85% of companies produce profits, but two-thirds actually reported increases in profits.

The average profit growth was 32% and while this was skewed by the phenomenal results of big miners such as BHP Billiton, company excluded profits still increased by 9.3%.

It’s not a brilliant year, but it’s nothing to sneeze at either.

“Corporate Australia is still making money. When you consider the gloom and doom espoused in recent months – especially about the United States and European economies – the situation in Australia is far from dire.”

James also points out something that has been missed among the widespread concern about the worrying profit outlook for the year ahead – the fact that corporate Australia is relatively cashed up, with companies including ASX, Fortescue Metals, Woolworths and biotech leader Mesoblast sitting on growing piles of cash.

But they have a problem: How should this cash be used in the current environment?

Despite the pressure many SMEs find themselves dealing with as conditions deteriorate, my sense is that the cash issue (problem is hardly the right word) is one that many small- and medium-sized businesses are also dealing with. SMEs have played it cautiously since the GFC, reducing debt and keeping a tight rein on funding, and balance sheets are in good shape.

In better economic times, there’s little doubt that company leaders with cash to spend would rush and make an acquisition. But with investors nervous, that option isn’t as clear-cut as it might have been.

Buy the wrong asset or mismanage the integration of the deal and investors will punish you.

Which is why, as Craig James says, we’ve seen companies return money to shareholders in the form of higher dividends or, more prominently, share buybacks.

“In the current conservative investing climate, investors will closely look at strategies employed by companies. And if companies are not making good use of shareholder funds, then they will be under pressure to explain future plans.”

This risk-adverse stance should get entrepreneurs thinking.

While an investor might say it’s better to return cash to the owners of the business than chase risky deals, entrepreneurs who have managed their business through the difficult cycle of the last few years might sense a real opportunity.

Just when it appeared asset prices were starting to rise, the market turmoil has turned that around. If your business does have the capacity to orchestrate a deal, you might find that you can pick up a bargain and grow your sales, market share or geographic spread.

Due diligence will be crucial in any deal, but the key is to remain alive to any opportunities – particularly when cashed-up corporates appear to be looking elsewhere.