All Ordinaries may hit 4600-point mark 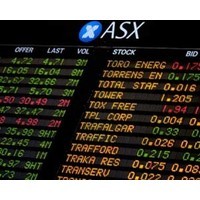 Last week the US launched its third attempt to kick-start the economy by announcing QE3, where the central bank would buy $40 billion in bank bonds and other interest securities each month. Further, the Federal Reserve has not set a limit for the buying-in time, nor in terms of the total amount they will commit.

The market’s reaction to QE3 has so far been less positive than the first two stimulus packages, and you have to wonder if the US Federal Reserve is trying to flog a dead horse, or hoping for third time lucky?

The effect of the US stimulus package on Australia is that our dollar should continue to stay high against the US dollar, at least in the foreseeable short-term.

That said, commodity prices, being one area that affects the price of our dollar, have been falling since last year. This has seen our dollar move into a consolidation phase between $0.94 and $1.10, and currently it is sitting just under $1.05. If the US continues to print money this could weaken the USD and see our dollar rise further, especially if commodities prices stabilise or start to rise.

If our dollar moves through $1.06 in the next week or so, I think it is highly possible that we could see a challenge of the high it made last year in the not-too-distant future.

So what do we expect in the market?

This week the market continued to rise above last week’s close to test the 4500-point level, which is where the All Ordinaries Index has found support in a decline and resistance as it rose during the past three years.

The way our market has been unfolding recently has shown much greater certainty in favour of a rise and as I mentioned last week, the All Ordinaries Index is likely to continue higher, with my previously-identified target of 4600 points looking good for the short-term.

That said, not all stocks will be rising as the big institutional money will continue to swing from sector to sector. Given this, and the uncertainty that still exists globally, I believe such activity will continue until at least the end of the first quarter of 2013, when the Australian sharemarket is likely to experience another significant test from the sellers.

For investors, this means you need to be selective about the stocks you hold in your portfolios as you look to achieve some gains.