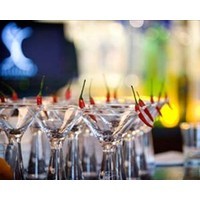 Small businesses have been urged to follow the example of a beverage company which has spent hundreds of thousands of dollars on creating an AdWords campaign for a new website that offers recipes and methods on how to mix drinks.

The campaign, run by beverage company Diageo, is an example of what SEO experts have been touting for months as the perfect way to get Google to notice your website – by offering comprehensive content and portraying your company as a thought leader.

“This is something that will work very well for them,” says Reseo chief executive Chris Thomas.

“I’ve seen campaigns like this work for other companies – General Pants did this a few years ago where they created a site around sharing media and so on. It was really popular, even after an initial competition period had ended.”

Diageo Australia has spent hundreds of thousands of dollars buying AdWords related to drinks, or cocktails. Phrases like “how to mix a cocktail” have been purchased too – and they all direct users to the same site: mixionary.com.

The site shows off hundreds of cocktail recipes, and contains videos on how to mix drinks and other beverage-related information.

The company’s local marketing director, Matt Bruhn, told The Australian the marketing effort is “by far the biggest that we’ve ever done”.

The campaign comes as searches for more cocktail-related products continue to rise, fuelled by a cultural trend towards more traditional and premium spirits.

But it’s also the recognition of a trend at Google to reward companies for creating rich, relevant and comprehensive content. If you create content filled with text aimed at a particular audience, and that site receives lots of traffic from sharing among friends in social networks, the search giant will rank you highly.

“The idea was that you would share content, and it was geared towards an artistic crowd, so you had people sharing music and photos and so on.”

“But once the initial prize period was over, the site actually did really well because you had all this content on there. And the traffic stayed pretty much the same after the campaign.”

It’s all about making sure Google sees your pages as being relevant, Thomas says. “You need to rank highly in Google’s quality score.”

But there’s another aspect to this campaign. While Diageo may be able to spend all its money on AdWords, that doesn’t mean an SME can do the same. Thomas says you need to be careful with what you buy – and focus on creating good content instead of relying just on AdWords.