Three lessons from Apple, the most valuable public company of all time 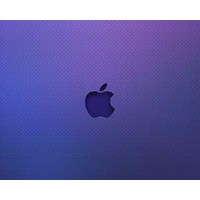 Apple has broken yet another financial record, becoming the most valuable public company of all time after its value reached $US620 billion overnight – besting the record made by Microsoft more than 10 years ago.

Although the company has been the most valuable for some time, it never quite eclipsed that original record made by its long-time rival.

At the time when Microsoft made its mark, the tech scene was a very different place. Giants like AOL and Nokia have seen tens of billions slashed from their values. Back then, in 2000, Apple’s market value was just $US2.3 billion.

While the record doesn’t account for inflation, it’s certainly a ceremonial victory – and a great rallying cry for the company as a whole.

What’s even more surprising is just how much of Apple’s growth has occurred in the past few years. Back in 2010, it surpassed Microsoft at $US227 billion – that means $US400 billion of its current value has been added in the past two years alone.

Some of the recent rises have come ahead of rumours of a new iPhone, and a smaller version of the iPad. We’re in the thick of Apple rumour season now, coming up to its annual announcement season.

But Apple didn’t reach its current highs without a strategy that goes beyond products. Co-founder Steve Jobs was adamant Apple sell experiences, not just products.

This is why its advertisements don’t feature complicated specifications, and instead focus on people actually creating content. This is also why Jobs focused on seemingly pointless details, like the type of wood used in its Apple stores – which remains the most profitable retail business in the world. It’s also why Apple retail staff are trained to never say “unfortunately”.

Here are three key lessons you should learn from the company, which allowed it to reach its current peak:

Talk about benefits, not features

If you watch an Apple presentation, executives such as Phil Schiller and Scott Forstall won’t talk about how much RAM the iPhone has, or the complete specifications of the iPad. They’ll use terms like the battery power being 25% strengthened, or a body that’s 10% thinner.

You’ll notice in Apple stores as well. Signs show you what you can do on the iPad, or a MacBook. They won’t sell you on the fact it has an Intel Ivy Bridge processor.

Selling benefits is always a better hook than selling technical features. That means you’re telling customers how to improve their current experience, or lifestyle, rather than throwing gadgets in their face.

Get rid of the stuff that doesn’t work

When Steve Jobs returned to Apple in the 1990s, one of the first things he did was get rid of the product lines that don’t work. He famously said the company should only focus on a few product lines, and then put all it could into developing those products.

Since then, Apple has been minimalist in almost all ways. The company is known for its sleek, sparse product design with no clutter. Its stores are just tables and products, with lots of bare bench space and room for customers to move around. It’s a style that has been copied by several other companies since.

Minimalism isn’t just a philosophy of design, it’s a business lesson. Remember, the most important word in your arsenal is “no”. Don’t chase opportunities you can’t focus on 100%.

Focus on the details

Steve Jobs was so notoriously focused on details he even called up a Google employee on a Sunday morning to talk about a discoloured pixel on the company’s logo on the iPhone. He berated his Mac team in the 1980s because the screws in the computer didn’t appear good-looking enough.

His philosophy was that a product should appear just as good-looking on the inside as it does on the outside.

That doesn’t apply to products, either. It applies to business practices. Your job as a business owner is to focus on the key details that everyone else may miss.

Once you start looking at the nitty gritty of the business, you can expose some potential problems. It may seem like overkill, but judging by Apple’s performance, it’s turned out pretty well.