Apple unveils iPhone 5, and local launch date: Everything you need to know 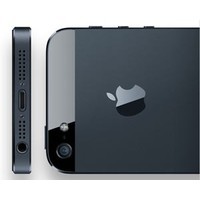 A thinner, faster and larger version of the iPhone, a new range of iPods and a completely rewritten update of iTunes were unveiled by Apple this morning.

Most of the predictions for the new iPhone turned out to be correct: it features a four-inch retina screen, a faster processer and a two-tone design.

Australia will also be one of the first countries to receive the new iPhone, which will launch next Friday, September 21, alongside the United States, Canada, Britain, France and Germany.

There are plenty of new announcements, including the new-sized dock “lightning” connector, and the completely rewritten version of iTunes to be launched next month.

Here’s everything you need to know about today’s announcement, including all the details on the new products:

The biggest change in the iPhone 5 is the larger screen. Apple has upgraded the 3.4-inch display to a four-inch screen with a resolution of 1136×640, in line with expectations.

But there have also been several cosmetic changes. It’s entirely made of glass and aluminium, and features a two-tone design that was the subject of many of the leaks over the past several months.

It’s also extremely thin: 18% thinner than the iPhone 4S, and at 112 grams it’s also 20% lighter. The whole point of the redesign is so Apple can provide “much more room to work and play”, although the smartphone industry’s move towards a larger screen has obviously nudged the company in this direction.

However, it says the screen isn’t so big that you can’t operate it with one hand. It’s meant to fit comfortably.

Apps won’t stretch or scale to the larger screen, so newly designed apps will fit the screen if developers choose, but existing apps will be letterboxed. There are some new upgrades to the screen as well, including integrated touch sensors and 44% more colour saturation.

One of the biggest changes is the new dock connector. Having used the old version since 2003, Apple now says the “lightning” connector is much faster, and 80% smaller. It’s also reversible, meaning you don’t have to put it in a specific way for it to work.

In a big move, the iPhone will also feature global 4G. Australians will be able to connect to the 4G networks being rolled out by Telstra, Optus and Vodafone, along with any other carrier. Wi-fi has also been given an upgrade, so downloads will be much faster on wireless internet networks.

A good 4G connection can be faster than a home wi-fi network.

Inside, Apple didn’t reveal full specs but said the new A6 chip will make the phone twice as fast, with graphics power also doubled – with an output similar to games consoles, according to senior vice-president of worldwide marketing Phil Schiller.

And in a win for Australian developers, Firemonkeys (formerly Firemint) chief executive Robert Murray took to the stage to show off the company’s new game, Real Racing 3.

There are three microphones built in used for voice recognition, and a noise cancelling earpiece.As was expected, there was no inclusion of an NFC chip. Such a move would have been seen as a step towards contactless payments.

The new iPhone will cost:

$AU799 for 16GB, $AU899 for 32GB and $AU999 for 64GB. Previous models will also drop in price, with a 4S now available starting at $AU679 for 16GB. Preorders will start from tomorrow, although customers will still have to wait and see whether the major carriers provide deals of their own.