Apple’s iPad mini: The follower, not the leader 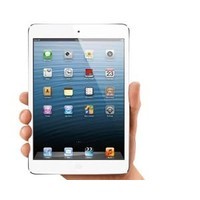 The reaction to Apple’s launch of the long-rumoured iPad mini yesterday has been muted, with analysts noting that for the first time Apple is following the market rather than leading.

The new gadget features a 7.9-inch screen with an aluminium build and the new Apple Lightning connection port and will be priced from $369.

The launch enables Apple to chase more market share in a booming sector.

This equates to a compound annual growth rate of 22% across the period 2012-17, making this the fastest growing category of consumer electronics ever.

However, David Kennedy, research director at Ovum, says that for the first time in its recent history Apple is responding to market pressures from its competitors, namely Google and Amazon, in bringing a smaller tablet to market.

“Small tablets have been around in various forms for quite some time so I think for the first time it means Apple is entering a market where it is not the leader and the market is already populated,” says Kennedy.

Apple in the past has defined new products with new form factors and waited for the market to follow. In this instance Apple is following the market trend towards smaller, cheaper tablet form-factors.

Kennedy says this reflects a fundamental change in the way Apple operates.

“I think that there seems to be less excitement around this launch precisely because we have seen this before. We have seen the operating system and small form tablet before so, in that way, it is not posing a challenge the way the iPhone and the iPad did.”

Nevertheless, Kennedy says the iPad mini will still pose a significant threat to the incumbents in the smaller tablet market.

“Apple’s brand is so strong in the device market, so it will be a serious competitor. But whether it will dominate in the same way the iPad has remains to be seen,” he says.

“This market is fairly fragmented because Apple has left it open and so there are all sorts of small form tablets and that will perhaps be an advantage to Apple as, rather than Apple competing against one big competitor, a more segmented market can easily be displaced.”

Kennedy says Apple’s pricing of the mini iPad above similar market devices like the Nexus 7 and Kindle Fire is not surprising.

“Like all Apple products, there is a premium on price there and it will come down to people’s evaluation of the operating system and the Apple app store, which is a powerful differentiator for Apple.”