Apple’s iPad refunds – and other Down Under blunders 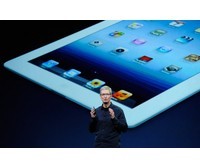 Apple has been dealt a major blow this week after it agreed to refund customers confused over its new iPad and supposed 4G capabilities.

The Australian Competition and Consumer Commission said yesterday it had accepted an undertaking from Apple that it would not only refund customers, but that it would display a statement saying the iPad is not compatible with current 4G networks.

The ACCC also said Apple would email anyone who bought an iPad between March 16-28, telling them the product “it is not compatible with current Australian 4G LTE networks and WiMAX networks”.

It also said it would inform those customers they are entitled to a refund.

It’s a hit to the company’s reputation with Australian buyers – and it isn’t the first. In fact, this is just the latest controversy to hit the company’s local branch.

There’s no doubt Australians love Apple products, but when it comes to product delays, pricing and lawsuits, local shoppers certainly have a right to complain.

Here are just a few of the Australian controversies Apple has been involved with.

In 2010, customers grew increasingly frustrated over constant delays to the Australian launch of the device.

While the company first announced that an Australian launch would occur in “late April”, it then said higher-than-expected demand would push the release back to the end of May.

Then, in mid-May, it then said the release of the first iPad would be pushed to June 7, nearly three months after the original gadget hit American store shelves.

While the delays didn’t end up affecting sales, they were still a frustration. Apple has tightened up its supply chain after two years of launches, and is now shortening the time between international releases.

The issue of international pricing has been one that has frustrated Australian customers for years. Whether it’s buying a MacBook or a few songs from iTunes, Australians are paying significantly more for Apple products – even when they’re downloaded.

This issue has even become so mainstream that Labor backbencher Ed Husic called on Apple last year to reduce their prices or face an inquiry into why exactly Australian customers were paying so much.

But music prices on the iTunes Store are still way out of sync, and prices for hardware, including MacBooks, are much, much higher than their American equivalents.

The Australian dollar is strong, and will remain so for a while. There is a strong case for reducing the prices Australian users pay for Apple products – especially when they’re just pieces of software.

Apple’s known for being lawsuit-happy, and late last year it flexed its legal muscles attempting to stop Samsung from selling its Galaxy Tab in Australia. After an initial injunction, it ultimately failed.

Although the company stopped Samsung from selling the tablet for several weeks, a Sydney court denied the tech giant the ability to appeal to the High Court. Samsung was able to let the gadget hit the shelves.

Whether or not Apple was right, the general public only sees a tech giant that is attempting to stop another company from providing it with more choice. And that’s never a good thing, even for a walled-garden company such as Apple.

The perception of this legal battle is more important than its truth – more consumers are starting to see Apple as nothing but a bully.