Are you sitting on a pot of gold like DJs and Harvey Norman? 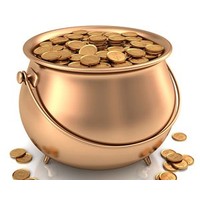 It’s a problem that many leading companies face: is owning the properties from which their business is conducted wise, or is property a millstone, weighing down the company’s performance?

Yesterday, the troubled department store, DJs, started weighing up the numbers, calling in property valuers to put a price on its CBD stores in Sydney and Melbourne, according to newspaper reports. It was good news: the four stores could be worth as much as $1 billion, and at least $600 million.

It is $600 million that DJs’ could certainly use, says Simon Rumbold, director of property economics at retail consultancy, Urbis. “There is a lot David Jones can do with $600 million,” Rumbold says. “Retailers should be using their capital to conduct their retail opportunity, particularly if they are a public company. Or, they can return the capital to investors, who could invest in a property trust for a better return.”

Many leading companies are essential sitting on a pot of gold – their property portfolio – but the business case for selling property is a complex one. For example, DJs sold its CBD stores in the 1990s on a lease-back arrangement, but the rentals went up so much and the interest rates were so low at the time, it was cheaper for them to buy the stores back and pay out the leases’ contracts. “In terms of property values and capital gain, I am sure they would have done very well on that deal,” Rumbold says.

Today, property values are not as predicable. Property is no longer a sure-fire asset delivering capital gains.

Most retailers do not own their premises (although it is more common in America). Most retailers lease stores from shopping centres, including DJs and Myers. The exceptions are retailers such as DJs, Harvey Norman, Coles and Woolworths, which all have property portfolios. (It is only in the two major CBDs that DJs owns its stores.)

Department stores get very good rental deals in these centres because they are ‘anchor tenants’. They typically pay a rental of 5% of sales, compared to smaller retailers who pay around 17% of sales, says retail researcher and consultant, Michael Baker. “The logic of that an anchor tenant draws pedestrian traffic, which goes into speciality stores. That is the theory.”

The problem is that rents rise, even when sales are flat or falling as they have been for DJs, most retailers and many other companies for the past few years.

Companies that own their stores or offices don’t face rent hikes that gouge their profits. It gives them flexibility to ride out some ups and downs. “You really control your cash flow, and expenses,” Rumbold says.