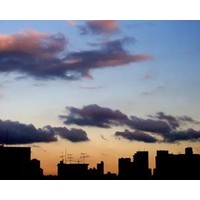 Until now, we have paid little attention to Latin America. Our mainstream media hardly mentions the region or is full of misconceptions and stereotypes.

But times are changing. Globalisation and technological change have had a tremendous impact on the relations between the Asia-Pacific region and Latin America, a trend gradually engulfing Australia too.

Latin America is also benefitting greatly from the changing global economic order, with Asia – and particularly China – fast replacing the United States in trade with the region. By 2009, China already surpassed the United States as Brazil’s largest trading partner.

Largely on the back of this Asian resources trade, Latin America is a region of rising economic influence. Over the past decade, Brazil has emerged as one of the world’s top four newly advanced economies predicted to become economic superpowers by 2050(the so-called BRICs). Its hosting of the next World Cup and Olympic Games will raise its global profile even further.

Chile, Mexico and Peru (all members of APEC), along with Argentina and Colombia are growing powers with increasing prominence in the international arena.

Yet, the rise of Latin America, its multiple connections with the Asia-Pacific rim (including Australia) and its ever-increasing influence are still overlooked. Excessive attention is placed on the implications of an Asian Century for North America and Europe, while stereotypes about Latin America lead to a lack of awareness of existing and prospective opportunities with the region.

Meanwhile the region is becoming increasingly relevant to Australia both as economic competitor – especially in the supply of raw commodities – and as a land of great opportunities.

Australia therefore needs to approach Latin America with a new mindset. Within the university sector there is a clear awareness of this need and the devotion of considerable energy to address it.