Australian SMEs ahead of the curve: Moving to pricing in the Chinese yuan for export and import 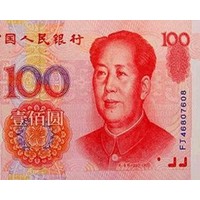 More than 40% of Australian SMEs exporting to or importing from China plan to settle transactions in Chinese yuan (also called renminbi) over the next year, a HSBC survey published yesterday shows.

“It is clear from the survey that Australian SMEs are getting ahead of the curve,” HSBC Bank Australia head of business banking Paul Edgar said in a statement.

“Given China represents over 20% of our current trade and is expected to grow by 8.5% per annum to 2020, the renminbi’s [yuan’s] role within Australian trade will inevitably rise.”

The figures come as the Australian government prepares to secure a deal that would allow direct convertibility of the Australian dollar to the Chinese yuan. Prime Minister Julia Gillard makes a visit to China later this week, where it’s expected such a deal would be announced.

Currently, Australian businesses can only buy the Chinese currency with American dollars, while their Chinese customers need to do the same to pay in $AUD.

This poses two main costs for businesses, says the Australian Chamber of Commerce and Industry’s chief economist, Greg Evans. Firstly, the extra conversion means an extra set of transaction costs paid to currency dealers. And secondly, it exposes small businesses to exchange rate risks, which cost money to hedge against.

“This is an important development in facilitating trade and commercial transactions between the two countries,” he says.

Surveys by major Australian banks have found there is a 3-5% price advantage in selling to Chinese buyers when Australian companies price in yuan, says Peter Mace, the general manager of the Export Council of Australia.

“That’s the internal hedge they put to cover exchange rate movements,” he says.

He says direct convertibility will have a positive impact for Australian exporters, one that will increase as China becomes more central to the global economy.

“Other countries are looking at it as well, so we’ve got to be on the bandwagon… If your competition is willing to price in all the currencies – you would be at a disadvantage to not have yuan in your pricing mix.”