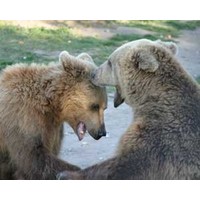 Nearly half (45%) of unsolicited acquisition approaches to publicly listed companies start out as ‘bear hugs’, a means of pressuring the board into accepting a less than ideal offer. The tactic is a growing trend, according to a survey of 2011 mergers and acquisitions to be released tomorrow by law firm Clayton Utz.

The ‘bear hug’ approach involves a bidder making an initial unsolicited approach to a company’s board. Boards are often unsettled by an unsolicited approach, but it is not considered hostile unless the bidder goes over the board’s head to shareholders directly. The board then decides, under its continuous disclosure obligations, whether it needs to make the unsoliticed approach public, or in some cases, the bidder will itself announce the approach.

The resulting public scutiny of the bid places great pressure on boards to agree to a deal. And if they don’t, they risk losing control of the company.

Jonathan Algar, a partner with Clayton Utz’s mergers and acquisitions group and a co-author of the report, says the ‘bear hug’ tactic is increasingly being used by private equity fund managers because it allows them to engage with and assess a company more closely before making an offer as the board is forced into negotiations.

“Sometimes, particularly for private equity, due diligence may be required in order to secure financing for the transaction. For example, TPG’s offer for Billabong (ASX:BBG) was subject to financing.” (BBG’s board fended off the takeover bid.)

The rise of the strategy is also linked to the languishing share prices of many publically-listed companies. “A lot of target companies probably see themselves trading at a discount, and so bidders want to take advantage of the circumstances. You are seeing more shareholder pressure and activism in these circumstances, particularly with those who may have bought into the company more recently and are willing to accept a price lower than what the target board believes to is the fundamental value of the company.”

Having the deal considered by the company’s board, even if only initially, bodes well for its eventual success. “Of the deals which were announced in 2011 and had completed by the end of 2011, 83% completed successfully, with schemes and takeovers having the same success rate,” the report states.

The public announcement of the offer is part of what makes the bear hug a successful tactic, says Algar. “Once these deals are publicised, it becomes a public debate about whether the price is acceptable to the shareholders. Having the issue out in the open may be useful in doing that.”

Boards are responding by taking longer to weigh up offers they receive.

And ultimately, Algar says there’s little boards can do to prevent the tactic.

“The only thing a board can do is consider the transaction on its merits and direct shareholders as to what they think is in their best interests.”

“Other than that there’s not much that a board can do in those circumstances.

“The issue for the board is whether to recommend a proposal. It is always open to a bidder to make a takeover offer.”