Behind Apple’s tax dodge: How the company avoids $US17 million in taxes every day 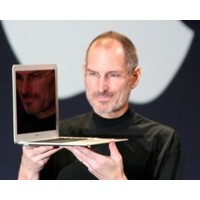 He was there to answer the claims of the permanent subcommittee on investigations, which had just tabled a report into exactly how Apple ended up paying just $US14.2 billion in American state and federal taxes last year.

“We pay all the taxes we owe – every single dollar,” Cook told the Senate. “We don’t depend on tax gimmicks.”

Nonetheless, the report estimated that Apple avoided paying another $US9 billion in taxes in 2012 using an offshore profit-sharing corporate tax minimisation strategy.

The basic gist of Apple’s tax strategy goes like this: Apple Inc – the company we talk about when we talk about Apple – makes far less money than it should.

Instead, Apple’s international profits are routed through Apple Operations International (AOI), a holding company wholly owned by Apple (through some affiliates) that has a mailing address in Cork, Ireland. AOI in turn owns five other Irish companies, of which several have no tax residence in any country at all.

Apple gets away with this by exploiting a neat little anomaly in how Ireland and America determine tax residence.

America’s tax authorities determine tax residence by looking at where a company was founded. Irish tax authorities, however, look at where a company is controlled and managed. All of Apple’s shell companies are controlled and managed in America, meaning Ireland doesn’t consider them to be tax residents. Neither does America, because these companies were formed in Cork, Ireland, at an address where the company has no physical presence or any employees based in the city.

This means for tax purposes, three of the seven companies directly or indirectly owned by Apple Inc pay no corporate income tax anywhere at all.

The ones that do generally pay an exceedingly low corporate income tax rate in Ireland.

Another neat trick used by Apple Inc is that it doesn’t actually own the economic rights to its intellectual property directly.

Instead, the technology giant has found a way to transfer those rights of non-American sales of Apple products to Apple Sales International, an affiliate of Apple Sales Europe, which is in turn owned by AOI.

This means that ASI can buy finished products from Apple manufacturers, and resell them to other Apple affiliates at a huge mark-up. ASI can thus keep most of the profits from the sale of the products, and because it doesn’t pay taxes anywhere, well, that means it avoid taxes on those profits.

“Over a four-year period, from 2009 to 2012, this arrangement facilitated the shift of about $74 billion in worldwide profits away from the United States to an offshore entity with allegedly no tax residency and which may have paid little or no income taxes to any national government on the vast baulk of these funds,” the committee wrote.

The United States has laws to prevent these sorts of things. But there’s a loophole that Apple exploits to avoid being stung by US taxes.

Basically, American tax authorities do not investigate the supply-chain of companies if a company claims all its foreign operations exist under a single umbrella company which it can show should not be paying tax in America. Because everything is owned by AOI, the fact that ASI sells Apple products at a significant mark-up to Apple affiliates worldwide isn’t investigated because ASI is owned by AOI.

These so called ‘check-the-box’ provisions mean America’s current laws to prevent tax avoidance by multinational corporations – intended to stop companies selling things between affiliates to shift profits from one country to the other – do not apply to Apple.

Even if this loophole is closed, the committee found two others that could potentially be used by Apple to similar effect.

The fact that Apple’s wealth is located in Ireland is no coincidence. Ireland has a corporate tax rate of 12%. But Apple told the committee that through negotiations with the Irish government, it has paid a special corporate income tax rate of 2% or less. Other information provided by Apple showed that this 2% rate was the upper-bound of what has been paid in recent years.

“Those Irish tax payments are so low relative to ASI’s income, they raise questions about whether ASI is declaring on its Irish tax returns the full amount of income it has received from other Apple affiliates or whether, due to its non-tax resident status in Ireland, ASI has declared only the income related to its sales to Irish customers,” the committee wrote.

According to information supplied to the committee by Apple, this means over the past decade, Apple has avoided paying taxes to the tune of $US17 million a day.