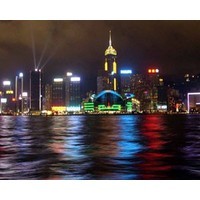 Among all the attention given to Australia’s relationship with China, good relations with the other states of Northeast Asia are no less important.

Japan and South Korea are Australia’s next largest export markets, and unlike China, share Australia’s democratic political values. And the oft-overlooked Mongolia, experiencing a resource boom of its own, will be of great importance as we enter the Asian century.

The security relationship between Australia and Japan has steadily grown over the past two decades, to the extent that Japan is now Australia’s second-closest security partner, after the United States.

The ADF (Australian Defence Force) and JSDF (Japan Self-Defence Forces) have operated together in deployments as far back as the UN Cambodian peacekeeping operation in the early 1990s, again in East Timor, and in Iraq.

Joint naval exercises have increased, and both navies have cooperated in the multinational anti-piracy operations in the Indian Ocean. More covertly, intelligence co-operation is believed to be increasing, particularly after Australia and Japan signed their first treaty-level defence agreement, the Acquisitions and Cross-Servicing Agreement, in May 2010.

Japan’s whaling program remains the main sticking point in its relations with the international community, and particularly with Australia, as the Sea Shepherd activist group uses Australian ports in its annual anti-whaling cruises.

The increasing expense for a declining catch and political pressure both within and outside of Japan may encourage the Japanese to abandon the program altogether in future. Sadly, there is no indication of this at present.

Since moving to democracy in the 1980s, South Korea’s economic growth has been of great importance to Australia, becoming our third largest export market.

Migration to Australia has seen the growth of a substantial Korean community. Korean students, working holiday makers and tourists provide a key component of these valuable markets for Australia.

But in her recent trip to Korea for the Nuclear Security Summit, it appeared prime minister Julia Gillard was not as sensitive to Korean concerns as would be desirable, seeming to ignore questions from Korean students.

South Korea, of course, always has to confront North Korea, whose WMD program is potentially destabilising for the whole region. Japan’s military has been on increased alert due to the recent failed North Korean rocket test.

The Japanese have deployed anti-ballistic missile systems to Okinawa, and increased JSDF forces in its southern islands overall.

While not directly involved, Australia certainly has an interest in strengthening non-proliferation measures against North Korea. We are after all a founding member of the Proliferation Security Initiative, aimed at denying North Korea access to nuclear-related materials.

Often overlooked in the scope of Northeast Asian relations is Mongolia. A democracy since the end of the Cold War, with parliamentary elections due in June, the nation is presently undergoing its own mining boom.

Australian mining companies are already engaging in joint ventures for exploration and in mines already under development. New opportunities are rising to pursue positive relations with this rapidly developing nation.

Indicating a desire to align itself more closely to the West, Mongolia has also contributed troops to the US-led multinational deployments in Iraq and Afghanistan, and to UN peacekeeping missions in Kosovo, Sierra Leone, Chad and the Congo.

Mongolia has long held an important strategic position between China and Russia, which remains a Pacific power via its Far East region. There is a large minority population across the border in the Chinese province of Inner Mongolia, where there are more ethnic Mongolians than in Mongolia itself.

This had led to accusations that Mongolians in China have long had their rights and ethnic identity suppressed, as with the Tibetans, and the Uighurs in Xinjiang province.

As well as these conflicts, Japan has long-running territorial disputes with Russia over the Kuril Islands, and with China over the Senkaku Islands.

Even more contentious is the maritime dispute over the South China Sea, primarily based around the Spratly Islands. China claims the entire area as its territory, which is contested by Vietnam, Malaysia, the Philippines, Brunei, and Taiwan.

While Australia has no direct part in all these controversies, it does have very a real interest in ensuring the shipping lanes through which our most of our trade flows are not disrupted by any deterioration of the security situation in Eastern Asia.

Fortunately, at the moment most states in the region, including China, appear to be no less concerned about defusing these tensions diplomatically.

By remaining an active participant in the multilateral diplomatic institutions of the region, such as the Asia-Pacific Economic Cooperation forum (APEC) and the East Asia Summit, Australia can play its part in ensuring relations in our region remain peaceful.

But, given our increased military co-operation with the USA, and with other nations such as Japan, there is a real danger we are taking sides in a looming contest between the “great powers” for hegemony in the Asia-Pacific.

This article first appeared at The Conversation, where you can the other stories in this four-part series. Craig Mark is an associate professor of International Studies at Kwansei Gakuin University.