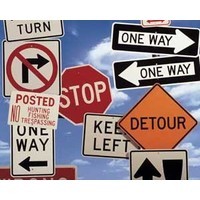 The 3000 staff at BHP Billiton’s new West Australian headquarters in Perth are the company’s latest batch of workers to be subjected to its prescriptive management style.

The 11 pages of rules, obtained by the Australian Financial Review, make for fascinating reading.

They reveal BHP staff in the Perth offices:

BHP has been in the spotlight for such draconian measures before. In August last year, The Australian was leaked a copy of its Brisbane procedures. Those didn’t even allow sandwich presses, which the Perth offices do. (But no toasters; toasters are beyond the pale).

BHP isn’t the first company to initiate such measures. They’re often a favourite of either the command CEO or the overzealous HR chief. Clean-desk policies were one grievance cited by staff when Boral turfed out its turn-around CEO Mark Selway earlier this year.

There’s no doubt that while well-intentioned, prescriptive policies are always going to annoy some staff. But are they good for productivity?

LeadingCompany editor Kath Walters has written on how damaging it is to eat at your desk. A study of 1,000 workers last year found those who ate at their desk felt irritable and stressed. Their productivity was likely to be lower in the afternoon, and workplace culture often suffered from people not getting up all day.

However, when it comes to plant placement, BHP may be on shakier ground.

English academic Craig Knight completed a PhD on the effect on productivity of “lean” office design. He found that if you buy some plants for the office, productivity will rise 16%. If you let staff chose how to arrange the plants, that almost doubles to 32%.

Clean desk policies are often associated with hot-desking: the practice of not assigning permanent desks to a person, but using desks according to need.

BHP’s policy appears to facilitate hot-desking, but the ability of workers to leave one photo on their desks suggests it won’t enforce a strict hot-desking policy.

“Clear desk enables … others to use our desk when we’re not there,” the policy says. It also says the policy helps keep information confidential and encourages digital filing.

But in a piece published at The Conversation last year, Dr Justine Humphry, a lecturer at the University of Sydney, outlined her research that found workers personalise, or ‘nest’, for very practical reasons. It can help them get into the right mindset for work. Doing things such as making lists or posting Post-it notes helps workers sort and stick to their priorities.

One of the earliest and most famous negative hot-desking stories is that of Chiat/Day, an advertising company in Los Angeles that in 2004 removed private cubicles for its 300 staff. A 2009 Wired article described the effect of the move as “turf wars, kindergarten-variety subterfuge, incessant griping, management bullying, employee insurrections, internal chaos and plummeting productivity”.

Nonetheless, hot-desking remains popular. As the casualisation of the workforce means fewer workers are there all the time, it makes sense for workers to share desks. The rise of cloud technology and mobile networking can only boost this trend, employee insurrections notwithstanding.