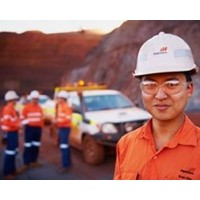 BHP Billiton, the nation’s largest mining company, has used a Senate submission to voice objection to many of the government’s proposed changes to the industrial relations framework.

In an amendment to the Fair Work Act, the federal government proposes to force employers to consult their staff over roster changes, and gives employees the right to demand flexible work arrangements for a broader range of reasons than is currently the case. The changes follow on from a review into the act released last year.

BHP’s head of group human resources, Gary Brown, writes that many of the proposed changes “will add unnecessary regulatory burden”, and “not assist the industry’s productivity agenda at a critical time”.

The miner raised lengthy objections to the flexible work arrangement provisions included in the amendment, along with the requirement to consult on rosters and working hour changes.

On flexible work, BHP’s submission objected both to the expansion of the scope of those able to ask for flexible work arrangements, and to the added burden of refusal.

The proposed amendment also raises the bar for employees refusing such flexible work arrangements, from allowing them to refuse on ‘reasonable business grounds’, to making it necessary for them to show a significant loss in efficiency or productivity.

“The additions… make it more difficult for an employer to resist a request,” BHP says.

“This is an unreasonable and unnecessary incursion into the operations of an employer’s business,” the miner wrote, adding that competition over scarce workers already mean they have to work “efficiently and cooperatively” with their workforce.

BHP also raised objections to the proposed requirement to consult employees on roster changes, saying the changes “do not respond to any known problem”.

“The new provision is likely to produce grievances, disputes and unmeritorious adverse action claims in a way which serves no good purpose.”

In its submission, the Australian Council of Trade Unions welcomed the broadening of recognised caring responsibilities.

“Employment regulation and workplace practices have not kept pace with the changes brought about by a greater sharing of caring responsibilities in modern working families,” wrote the union body. With the movement away from formal childcare towards home-based care, many more people are expected to help look after children, and it was important for this to be recognised in industrial relations law, the ACTU wrote.

“[The bill] represents an opportunity… to more meaningfully address this fundamental change in social norms and work-family structures, so as to establish a sustainable framework for harmonious and flexible workplaces, a modern Australian labour market and a productive and competitive economy in to the future.”

The union body also welcomed the added requirements on employers to prove they have reasonably considered a request for flexible work.

“Without an obligation on employers to genuinely consider a request, and because most unreasonable refusals are unlikely to be appealed, the success or otherwise of an employee’s request is by and large subject to the vagaries of the attitudes of their line manager,” the ACTU wrote.

Submissions for the inquiry closed on Monday.