Big Money: Are you comfortable managing someone older than you? 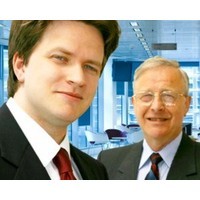 I recently caught up with two driven, passionate people, at different ends of their careers.

One is young (22) and on the way up. He’s been frustrated for about a year or so with the fact that his employer was dragging his heels in appointing him to a management position. It was about age, my friend was sure. Others had been at the job longer and the boss didn’t want to rock the boat by appointing a kid, no matter how competent or qualified for the role.

So my friend got another job. He succeeded in talking his way into a management role at another company in the same industry, and seems much happier for it.

Later that same week, I had a chat with the mother of a friend of mine while I was visiting the family home. She’s worked for years as a skilled professional, but took a significant career break while she raised her children. Getting back into the workforce in her mid-forties, she spent another decade and a half with various companies, before being made redundant from her current position recently.

She’s not ready to retire. She says she loves working, and would go crazy without lots of stuff to do.

But she’s been looking for work for the past six months, and hasn’t gotten past the first interview.

What does she think the problem is? She’s also sure it’s her age.

This woman is in fine health. But she looks older than the people interviewing her, and she thinks many managers are uncomfortable managing someone old enough to be their mother.

Not every older person is a manager or CEO. This is the flip-side of our meritocratic bent. If we’re going to remove the glass ceilings for young trail-blazers, we have to come to terms with the fact that this will lead to young people managing those older than them.

Are we ready for this as a society?

I’m not sure. But we’ll have to be soon.

As the Grattan Institute found earlier this year, Australia’s likely to stay in structural deficit for quite some time if we don’t rebalance our government spending and government revenue.

Large numbers of people out of work, especially if they’re capable of being productive members of the workforce, is a huge drag on our economy, and by extension our government’s revenues, even if we discount the human cost of unemployment.

From the moment we’re children, we’re taught to respect our elders. This attitude makes sense when we’re very young, but as we grow older, it begins to bear a heavy price. If our ageing population means anything, it’s that we’re going to have to rethink how we relate to each other, and let go of any hang-ups we have about age and appropriate deference. At least in the workplace.