Big Money: If this is a currency war, I’ll take two 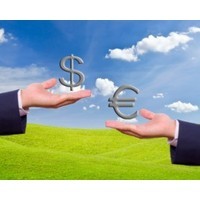 Are we seeing a global currency war?

It’s a phrase increasingly being used by analysts and financial journalists to describe the perceived jockeying for export-led growth, that sees central banks pump liquidity into their economies (or in Australia’s case, lower interest rates) in a bid to lower their currencies.

For example, Alan Kohler has written of cannons “booming across the ocean” as the Reserve Bank of Australia reluctantly joined the fray. He was joined in imagery by the editorial in the Australian Financial Review, which talked of Australia joining the currency wars.

The most recent round of battle metaphors came as the RBA lowered interest rates on May 7.

“The exchange rate… has been little changed at a historically high level over the past 18 months, which is unusual given the decline in export prices and interest rates during that time,” the release said.

This was widely read to mean the RBA was focusing on Australia’s currency when it lowered the rate 50 basis points.

But when the full minutes of the meeting were made public this week, there was little mention of currency being a motivator for the interest rate cut.

Instead, the RBA pointed to the slowing economy, and the fact that the low inflation rate gave it room to move.

As a journalist, I can understand the desire to write war metaphors. So called ‘currency wars’ are one of the few times finance journalists get to talk of battles and cannons.

Unlike war, economic growth is not a zero-sum game. This means the focus on currency wars entirely obscures the point, which is that countries which lower their interest rates these days have an eye at home rather than abroad.

The ‘currency war’ fervour gained ground when early this year Japan moved to boost its moribund economy by pumping new money into it. Federal Reserve chair Ben Bernanke’s ongoing attempts to kick-start a revival in America added fuel to the narrative, as did the rather less dramatic actions being undertaken by the European Central Bank.

Coupled with the high Australian dollar, which these actions tend to keep high, and plenty of finance types are hawkishly crying ‘currency war’.

But here’s the thing. We have benefited more from America’s revival, and will benefit from any revival in Japan’s fortunes (it boasted a large boost in its growth rate last week), far more than we lose by the high dollar.

A strong America is a market for our exports, as is a strong Japan. Acting in ways that lower their currency isn’t a case of these countries seeking to benefit at our expense. It’s just the side-effect of their central banks trying to keep their economies strong.

This is exactly what we should expect of policy makers. A sluggish global economy isn’t good for anyone, including Australia. I’d rather a strong $AUD with a growing Japan and improving America rather than none of those things with a low $AUD.

To make this all thoroughly bewildering, this discussion largely comes as Australia’s dollar begins to come down, a decline Credit Suisse yesterday told clients was “structural” rather than something likely to disappear in the next few weeks.

When it does come to recent events pushing the $AUD lower, the positive signals coming out of America’s economy have played a big part. I doubt we’d be talking about an American recovery now if it wasn’t for its central bank flooding the markets with money to try to keep things afloat.

So let’s cheer their recovery, and hope for the best from Japan and Europe, instead of accusing their central banks of firing the cannons.