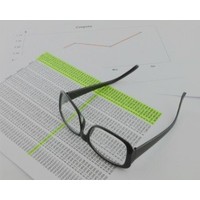 In a statement released this morning, Billabong advised the exclusivity period, first announced on April 10, would be extended a further 10 business days, to May 8.

LeadingCompany understands the extension was requested by Sycamore and granted by Billabong’s board as the suitors needed more time to assess the quality of earnings report.

Ben Le Brun, an analyst at optionsXpress, says the extension is unlikely to result in a large fall in the share price, as a lot of bad news has already been “factored in”.

“It’s already trading at a significant discount to the 60c a share bid.”

“In terms of the quality of earnings report, Sycamore would be looking at the future projects. Obviously they want to know the earnings are repeatable, controllable and bankable. And that’s where Billabong has had issues before.”

In October, private equity firms TPG and Bain Capital both walked away from offers to buy Billabong after examining the company’s books, prompting speculation that Billabong’s future was less certain than previously supposed. “There are obviously some gremlins in the numbers,” says Le Brun.

“What this means is that there’s no certainty the talks will result in Billabong being bought out.”

Yesterday, a report in the Australian Financial Review said the talks were being frustrated by Billabong’s failure to provide crucial documents requested by Sycamore.

“The team has been and continues to work tirelessly and cooperatively, as it has for almost four months. Any suggestion that anything has been held back is entirely incorrect,” he told LeadingCompany.

Billabong shares opened at 49 cents this morning, level with their price last night.