Billabong: Five reasons the lowest bid will succeed (and two reasons it won’t) 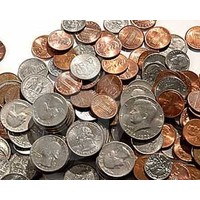 When the struggling surfwear company, Billabong (ASX:BBG), emerged from a trading halt yesterday, it confirmed the details of the latest – and lowest – bid to buy the company.

Paul Naude, the head of Billabong’s US operations, has financial backing from an American buyout firm, Sycamore Partners, to buy the whole company for $527 million, or $1.10 a share.

It’s the lowest of the four takeover proposals that the company has had in 2012. The initial response of analysts and shareholders was that it was a little low, but close to the mark. But it now seems like the price could win the approval of shareholders.

It seems an extraordinary outcome, given that the bid from TPG in February was $3.30, or 300% higher than the current offer.

But there are five factors in favour of this bid succeeding.

Billabong needs serious surgery to survive; of that there can be no doubt given the company’s failing financial performance. Going private ends the debate about control – the company cannot be subject to continual approaches and speculation; it can save the money, time and effort spend on fending off these offers and managing reporting rules and use it for growth; it can make difficult decisions, such as job cuts and store closures away from media and public scrutiny, and it can hide its woes from rivals. There are so many advantages for companies facing the scale of problems faced by Billabong, that it is only a matter of time until it is sold to private interests.

2. The price looks about right after yesterday’s earnings downgrade

Billabong’s earnings downgrade announcement yesterday reveals the troubled company to be in worse shape than previously thought. It has predicted EBITDA (earnings before interest, tax, depreciation and amortisation) in the range of $85 million to $92 million.

Only two months ago, CEO Launa Inman confirmed that the group expected to deliver EBITDA in the range of $100 million to $110 million.

It also flagged possible asset impairments in its half-yearly results.

The share price is around 83 cents. It fell on the new earnings announcement. It is considerably below the offer.

3. Naude has the money

Although conditional on due diligence and a 90% acceptance rate, Paul Naude’s offer is on the table, financially backed by Sycamore and Bank of Merrill Lynch.

In October, two bidders walked away. Private equity company, Bain Capital, did not make a bid after looking at the company’s books. Private equity group, TPG, which made the $3.30 bid in February, made a second offer of $1.45 per share, then took it off the table in October.

4. Founder and shareholder, Gordon Merchant is pals with Naude.

Gordon Merchant blocked February’s $3.30 bid, but has since publicly admonished himself and apologised for this stance. Merchant wants to stay part of Billabong, and he and Naude are old friends. Under Naude’s deal, Merchant might have the option to roll over his 14% share into the new entity, and remain involved with the company he loves and believes in – a factor that would garner his support.

5. Shareholders want it to go away

Perennial Value is Billabong’s largest institutional shareholder (9%), and has publicly called on the board to open the book to Naude, according to The Australian Financial Review. The uncertainly, leadership turnover, multiple bids and scrutiny have made it an agonising year for shareholders and a distracting one for management. At this point, an offer that allows shareholders to get out and forget the whole experience is looking more and more attractive.

Two reasons it could fail

1. Peter Esho, chief market analyst at City Index, says the downgrade means the whole bid has progressed into the “too-hard basket”. “Given all the new issues, from the trading update and possible impairment, the competing interests … the bid being led by a former executive who has a protest vote against him. There are now a lot of uncertainties,” he says

2. Esho also believes the offer is too conditional and still too close to the market price. “There is not even a formal offer and the board needs to recommend it. If they had acquired a sizable interest, if they reduced the hurdles, then the market might see it as something more likely to progress – if they had acquired share to just below 20%, got a few institutions on board, and lowered the offer to 60% acceptance. I am not saying it won’t eventuate …”