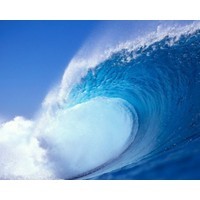 When a company receives a takeover offer, the offer typically pushes its share price higher as speculators try to cash in on the impending payout.

Not so for Billabong. At the sharemarket opening this morning, as Billabong came out of a trading halt, its shares plunged 30.14% to 51 cents as investors fled a stock that could soon be sold to a private equity consortium for less than it had ever previously traded on the ASX.

After months of speculation and no less than six different offers to buy the company, the embattled surfwear retailer has finally entered into an arrangement with one of its suitors, its former Americas chief Paul Naude.

Naude, who is backed by private equity firm Sycamore Partners, hasn’t signed on the dotted line. In a statement, company secretary Maria Manning stressed there is “no guarantee that the proposed transaction will proceed”. Instead, what comes now is ten days of exclusive talks between his team and the Billabong board, freezing out US retailing giant VF Corp, which put in a 50 cent bid. During these ten days, Naude and Co’s lenders want an independent audit of Billabong’s accounts.

In December, Sycamore and Naude made an indicative offer of $1.10 cash per share, valuing the company at $527 million. They’ve now halved their offer. The proposed deal announced yesterday opportunistically values the company at 60 cents a share, or $287 million.

The lowest Billabong shares had ever traded since it listed in 2000 was at 63 cents a share. Before the company went into a trading halt last week, its shares were trading at 73 cents. This makes the deal a small mercy to Billabong’s long-suffering shareholders, who’ve see their stock plunge from being worth $18 in 2007. In February 2012, the company knocked back an offer at $3.30 cents a share from private equity group TPG.

The low value of the deal means there’s a good chance it’ll be knocked back, either by the board or by shareholders, says optionsXpress analyst Ben Le Brun.

“I don’t envy them. I’d be surprised if anyone’s rubbing their hands together and thinking this is a great deal. This represents the all-time share-price low.”

“What would be going in favour of the deal is the fact that without it, [chief executive] Launa Inman would probably need a capital-raising to shore up the balance sheet, which could push the share price even lower.”

Another thing going in the deal’s favour is that Billabong founder and board director Gordon Merchant has given it his blessing.

The avid surfer, who started the company in the 1973, was instrumental in rejecting that $3.30 a share offer from TPG, saying at the time he wouldn’t accept anything less than $4 a share for the company he built.

But according to The Australian Financial Review, he’ll stomach the latest deal. Merchant, along with fellow director Colette Paull, plan to roll their combined 16% holding into the new venture rather than cash out.

Regardless of whether Billabong is bought out or remains as it is, it’s got a hard road ahead of it to return to profitability, says Retail Doctor Group managing director Brian Walker. Billabong posted a $275.6 million full-year loss in August.

“In the 70s and 80s, surf brands had credibility. They were very cool,” he says. “Even if you didn’t surf, if you aspired to be part of that culture, you wore one of those brands. Billabong benefited from that.”

“Those early surfers are now a generation away. And those surf brands are heavily into mass-merchandising, and have permeated into discount department stores. I wonder at Billabong where the product innovation is. I don’t think they’ve been able to maintain it.”

This hasn’t been helped by the takeover offers which have come fairly continually since the company’s share price began to plunge, Le Brun adds.

“Poor old Launa Inman”, who became CEO just eleven months ago has had “no chance to prove her worth,” he says. “It’s just been a story of waiting through these takeovers.”

Is there a new wave on the horizon?

If Billabong’s shareholders or Billabong’s board don’t accept the discount takeover, they’ll have to put their faith in Launa Inman’s turnaround plan. “There’ll be short-term pain associated with that. The shares will probably drop even lower.

However, in Walker’s opinion, a turnaround is achievable. Billabong remains one of the country’s most recognisable brands.

“I’m not sure there are too many Australians who don’t know about it,” Walker says. “And they’ve got a great footprint. They certainly have some strengths. Not all is lost.”