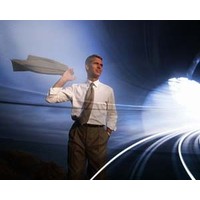 In hundreds of private companies, managers are the owners of the business. But this is different in public companies, where management is typically separate from shareholders, who are represented by the board.

Is the management of companies better when its leadership owns a stake in the company they are running?

It could be the answer for the troubled surfwear company, Billabong, which yesterday announced that one of its directors and head of American operations, Paul Naude, has temporarily stood aside from his roles with the company.

Naude will investigate whether he and other managers might buy the troubled company with the help of a private equity investment fund, in a deal known as a management buyout.

But another 32 were successfully sold to other investors, to rival companies or listed on a stock exchange at a total gross value of $2.2 billion.

Katherine Woodthorpe, the CEO of AVCAL says: “Management buyouts are the bread and butter of private equity fund managers’ investments,” she says. “They occur when there is strong belief that the company is worth more, because it is an unloved subsidiary of parent company, or because they need a strong restructure done out of glare of the public market, or because the management simply feel they could to better.”

Some of Australia’s richest businesspeople, as estimated by BRW magazine, made their fortune from an initial management buyout: Doug Rathbone ($215 million) the CEO of listed agricultural company Nufarm, and Paul Little ($920 million), former chair of Toll Holdings, for example.

In Billabong’s case, however, its founder, Gordon Merchant is blamed by shareholders for the current problems faced by the company. Billabong has already been the subject of due diligence by two private equity firms that have now turned down the investment opportunity. Merchant rejected the first private equity offer early this year at a price that is now well above the current share price.

But the deal Naude is trying to put together is different from the private equity bids so far.

If either of those two equity investors had bought Billabong, they would have likely brought in their own, trusted management to take over. That deal is called a management buy-in.

If Naude’s deal is a typical management buyout, he will ask a private equity fund to buy the majority of Billabong, say 80-90%, partly with its own funds and partly with bank debt. Then he and a team of company’s existing management buys the remaining 10-20%.

Typically, the private equity investor will reduce the amount the directors pay to about 1%-2% of the company’s value, using a complicated structure of preferred shares and mezzanine debt.

But the effect is straightforward: the potential return to the company’s senior leadership will be directly tied to an increase in the share price of the newly private company.

Woodthorpe says: “Managers have a lot at stake; skin in the game. The manager in a listed company will have a token handful of shares. In an MBO, managers are very much rewarded on performance of company; in absolute terms, on how much it gets sold for.”

The advantage of using existing management – as almost every private company knows – is that they are very knowledgeable about the business and what its problems are.

There are risks, however.

Markets can go wrong (and Billabong is already struggling with its retail business), investment funds can run out before the project is completed, or managers and investors can fall out over the best strategy to solve a company’s problems.

However, private equity involvement solves two problems faced by private companies that are run by their owners. Having a private equity investor on the board provides a sounding board for ideas from an owner who is not bogged down in day-to-day decision-making is one advantage; the other is that the project has a time limit – typically three to five years – after which the company is sold and the investment realised. In other words, one of the major headaches for private companies – succession planning – is agreed upon from the get-go.