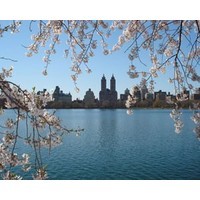 Australian flu vaccination maker, Biota (ASX:BTA), has succumbed to the temptation of the world’s largest capital market: it intends to delist from the Australian Securities Exchange and relist in the United States. Biota once traded at $7 a share (1999). Although it was the first Australian biotechnology company to take a modern drug to market – Relenza – its current market capitalisation is $155 million, with a share price of about 83 cents.

Biota’s decision is part of a trend among Australian companies to follow a “shareholder clientele” into markets where there is the biggest appetite for the risk they represent, according to Sam Wylie, senior fellow of finance at Melbourne Business School. Biotechnology company, Prima Biomed, listed on the NASDAQ last week. Several junior miners have listed on the Toronto and Hong Kong stock exchanges.

Wylie says: “There is a fairly strong trend that companies are going to a stock market where they feel the investor base understands them best. This follows from the bond market. When a big company does a bond issue, the bank issues where there is the biggest appetite for the risk it represents.”

For leading companies that are considering a stock exchange listing, the question is whether to stay or to go. The ASX wants them to stay: it recently changed its rules in a bid to lure more mid-cap private companies into a listing.

Companies such as Biota are typical of those that might find an overseas listing a better alternative, Wylie says. They are too small to gain the attention of analysts, and even if they do, there are few local analysts who understand biotechnology. “The industrial, financial and mining sectors dominate the coverage,” Wylie says.

“I don’t buy it,” says David Blake, biotechnology analyst and editor of Bioshares. “Biota feels neglected and unloved, but it hasn’t looked at the first 10 things it should do before it does this. They should look at management. For some reason, they do not want to replace the current CEO, but if other companies were not doing well, they would say it is time for a new CEO.”

Drug developer Pharmaxis (ASX:PXS) was dual listed for some time, but chief executive, Alan Robinson, delisted it from the NASDAQ in 2008. “It was very difficult to get liquidity in both markets,” he says. “Most of the registry was in Australia.”

Asked about the advantages of a US listing, Robertson says: “I find it hard to say. It is the largest capital market in the world and there are more funds, but there is more competition. And the valuations are comparable.”

But Wylie says US investors, who have a choice of 7,000 stocks in the US and 40,000 worldwide, have to apply screens. “You have to narrow it down with criteria like a market cap above $1 billion or a share price above $2. Companies like Biota get knocked out in that process.”

“I think that is bullshit,” Blake says. “There may be some applying screens but there is still a pool of investors capable of investing offshore.”

Wylie says Australian companies do not need to move to the US to make a listing there successful. (Biota is planning to decamp.) A successful listing depends on the sector in which the company is working – he suggest any company outside industrials, resource and finance might consider listing elsewhere.

Biota’s chairman is Jim Fox, who was the CEO of Vision Systems for 13 years. Vision also struggled to get investor attention while it was listed on the ASX. In 2006, Fox sold Vision for $700 million, which was double its market capitalisation. Biota plans to do a reverse listing after taking over ailing US drug developer Nubi Biopharmaceuticals last month.

Greg Collier is the former CEO of Chemgenex Pharmaceuticals, a leukaemia drug company bought by US biotech Cephalon for $225 million last year – a 60% premium of its market capitalisation at the time.

Chemgenex was also dual-listed on the NASDAQ before returning to a single listing on the ASX. “We built a shareholder base that was one third Australian, one third US and one third Europe. But the people we attracted preferred the liquidity of the ASX.”

However, Collier agrees that Biota has struggled to get support here. He says: “The US is a broader market with a broader understanding.”