Bitcoin bubble pops: Currency of the future or mega hype? 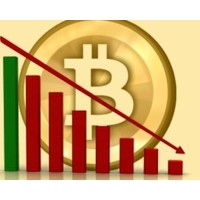 The value of digital currency Bitcoin plummeted yesterday from about $260 to $160, losing close to half its value in a few hours.

Bitcoin is a decentralised digital currency that works over a peer-to-peer network. It was created in 2009 by an unknown entity which went by the pseudonym Satoshi Nakamoto.

Bitcoins can either be purchased with standard currency or mined; a method where data-mining software is used to create new bitcoins.

Tech expert Paul Wallbank told LeadingCompany although the currency has stabilised, its recent growth is unsustainable.

“The growth over the past two weeks that Bitcoin has experienced is unsustainable for any currency.

“If you give me a dollar, I want to be able to go into a store today or in a week and be able to buy something. Bitcoin doesn’t give me this feeling of security.”

He compared the hype behind bit coin to the ‘tulip mania’ in 16th century Holland, referring to the rising interest in the currency as “the digital tulip boom’.

“If Bitcoin is going to be a viable currency, it can’t continue to move up and down in the way that it has recently,” he says.

Wallbank says Bitcoin fluctuates more like a commodity than a currency and that its future is exciting but uncertain.