Bitcoin hacked as the currency becomes available for trading 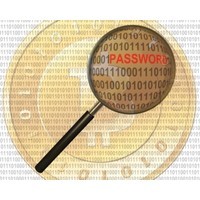 The plummeting price of digital currency Bitcoin has been blamed on a hacking attack of one of its major exchanges.

Bitcoin is currently trading at around $124 but trading was suspended for 12 hours this week, causing its price to fall.

Head of sales and research at IG Markets, Chris Weston, told LeadingCompany binary options for Bitcoin have just been offered.

“Binary bets are a little bit different from the normal spread bet. It’s a market that settles between zero and 100 based on whether an event happens or not.

“For example, we have a binary for ‘Bitcoin to be above $200’ by the end of May. That binary is currently trading at 40 to buy. So if you thought this was going to happen you could buy, for example, $5 a point at 40,” he says.

Weston says if Bitcoin is above $200 at the end of May the binary will settle at 100.

“Clients can trade the binary in both directions – if they don’t think Bitcoin will be above a certain level they can sell,” he says.

“On the other hand, if the client feels the move is unsustainable and sells at 30 and the price closes that month at say $100, the trade settles at zero.”

Weston says IG Markets is the only place he has seen that allows traders to speculate on the price of Bitcoin.

He says there has been a lot of interest in Bitcoin in the European market, as well as the Australian market, people are just unsure if it is sustainable, or if it’s just a bubble waiting to burst.

“It drives people out of the market and loses confidence in the exchange, and does not put Bitcoin in a positive light”

The 12-hour closure of Mt Gox hasn’t done much for confidence in the stability of Bitcoin either.

However, the binary options now available through IG markets should satisfy the continued interest and excitement surrounding this digital currency.