When to chase (and when to dodge) bargain business deals 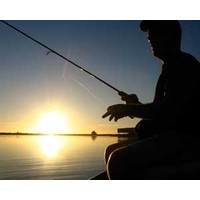 One of the best and cheapest growth devices for private businesses is bottom-fishing: buying a company or technology or bunch of customers at a super-cheap discount.

It is much harder than it sounds as boastful barbecue talk, because bottom-fishing requires great discipline.

Finding the right business (or part of a business) that is very cheap and suits your skills, strategy and budget is actually much harder than might appear, even in an economy in a long funk.

And searching and buying, long and frustrating as that is, is only part of successful bottom-fishing.

Despite all the stories that bargains just land in your lap, my experience is that you only find the fish at the bottom after steady preparation.

Typically you may stalk an opportunity for a year or two. Or you may be readying your business in terms of accumulating cash and talent and resources as a downturn hits (and this is not easy in itself) to be ready if one of a number of targets falls to the bottom of the corporate ocean.

While bottom-fishing is often regarded as a short-term, opportunistic move, my experience is that it works best as a cheap start for long-term growth, requiring lower upfront capital. While finding capital or borrowings for a big purchase may be difficult or expensive for a private company, buying cheap and then applying dollars from ongoing cash flow is an easier fit. And gives better return on equity, long-term.

Generally you can buy super cheap because financial institutions are not lending, thus competition for your target is lessened or non-existent. This is why you need cash and resources when others do not have any. And you have to be well prepared because often after much waiting, you have to pounce fast.

That’s not just to negotiate the purchase, but also to do the heavy lifting of sorting wheat from stained chaff, integrating processes and people diligently and thoughtfully, and keeping an eye on all the business so it keeps performing. Hold the champagne, when it comes to a bottom-fishing purchase, until after you have the first year’s financials.

In one personal example, we waited three years after an outsider bought a competitor we wanted. We believed they would stuff up, but they did even worse than we predicted, helped by the 2000 recession. The receiver said the business was worth $2 million, but we were the only party prepared and with immediate cash. We had already hired the person to run it. So a desperate receiver was happy to take tens of thousands in January, provided we paid employees for Christmas. We made the purchase price back in two months and had a six-figure profit annually for a business that was a neat fit to our existing holdings. Strategy, patience and being cashed up to pounce were the critical issues here.

Another purchase also took patience. We did not want the whole business, which was blowing $18 million in investors’ funds – we just wanted a key piece of software. We had to stand by while others looked over the carcass as it decayed, assuming none would find a fit or work out how to put the whole business right.

In the end the receiver was worried he would not even recover his fees. For that, we got the whole lot but only wanted the useful portion – still cents in the dollar of value. We had to be very disciplined, not just to wait, but also to not get caught up in all the ‘what-if’ scenarios to rebuild the whole business. When bottom-fishing you must stick to the fish you seek. Distractions are dangerous, so park the ego (we could run that business better so we will rebuild the whole enterprise).