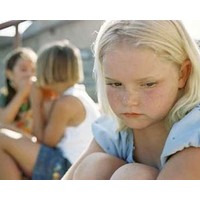 What happens if you put down and bully an employee? Will they shirk their work? Quit? Or work harder?

According to a joint study by Edith Cowan University and the University of New England, yet to be published, men and women react very, very differently to workplace incivility.

“You can look at bullying as the far end of incivility, on a spectrum,” says Dr Jennifer Loh, a senior lecturer and organisational psychologist at Edith Cowan University, and one of the study’s authors. “Bullying is very obvious. But what about more subtle forms of incivility – general gossip, people rolling their eyes at your suggestions, or making derogatory comments? These things are subtle, but have very nasty consequences. We wanted to look at that.”

Loh and her collaborators surveyed 317 individuals at various organisations. They asked them what kinds of workplace incivility they had experienced, and how they reacted to it.

“One of the things that came out is that women were subjected to more workplace incivility. But interestingly, they not only put up with it, but worked harder in the face of it.” Men, on the other hand, tended to slack off if they were treated badly.

Loh put forward some possible explanations for why this is. One is that women are brought up to be more passive in the face of mistreatment, and trained to care more about what other people think. Another is that women are often lower down a company’s hierarchy, and so may not be in a position of power to kick up a fuss over the incivility shown to them.

“Women were far more likely to give people the benefit of the doubt,” Loh said. “They might interpret incivility as just someone having a bad day.”

So what does this mean for managers? It doesn’t mean they should bully their female employees, says Loh.

“It doesn’t work that way. If your organisation is perceived to be an uncivil one, where people are mistreated, that sets the culture. It becomes hostile. People there aren’t happy. It’s important to realise that if you treat people with disrespect, in the end, the company’s reputation will suffer, and those talented people will leave companies that don’t show them human courtesy. You can’t bully women into doing more work.”

The lesson for managers is to be just as much on the lookout for an uncivil work environment as they are for downright bullying. You can’t run a good company in the long term if people aren’t treated well.