Brains Trust: To squeeze productivity out of star workers, forget about being fair 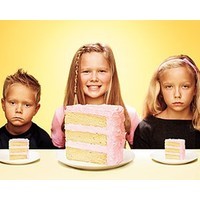 Conventional wisdom has it that unfair, biased bosses don’t make for a productive workplace.

But if you want to get the most out of that brilliant performer, the key might be to, well, discriminate a little bit in their favour.

That’s the conclusion drawn by the authors of a new study jointly published by academics from the London Business School, the University of British Columbia, Kuhne Logistics University and Erasmus University.

“Our research shows us that [treating everyone the same] can be a disincentive for workers who would otherwise go above and beyond on behalf of the team with a little bit of extra attention,” one of the study’s four authors, University of British Columbia professor Karl Aquino, said in a statement.

Positive and kind treatment from bosses makes everybody work harder, the authors note, referring to earlier studies. But they wanted to figure out whether how others were treated factored into this.

The study, published the March 2013 edition of the Journal of Business Ethics, details a series of experiments that found workers treated slightly better than their co-workers had higher levels of self-esteem, were better at following workplace norms, and were willing to perform tasks that would benefit the group. In other words, shown favour by their ruler, they experienced a sense of noblesse oblige.

In one study, 41 students were divided into groups of three and asked to email suggestions to improve their university to a team leader. The participants received one of two responses to their suggestions. In the control group, the team leader would respond to all suggestions in the one email, saying respectful, positive remarks about all the suggestions. In the other response, subjects received an email response which showed them preferential treatment over their peers.

The test subjects were then asked whether they’d be willing to give up their time to take on a task that would benefit the group. The ones who’d gotten a response that showed them preferential treatment were far more likely to do so.

In another experiment, colleagues were asked to observe favoured employees. They said the employees who enjoyed the bosses favour were more social and productive than most others in the workplace.

“The findings suggest leaders face an ethical trade-off between satisfying the moral standard of treating everybody equally well and satisfying individual group members’ desire to be treated better than others,” the authors wrote. “Leaders concerned with upholding the ethical standard… will incur the cost of less positive responses from group members they don’t treat preferentially; leaders who are interested in causing very positive reactions in a few will incur the cost of the reactions they provoke in those who see an ethical standard being violated.”

“Bosses are in a tricky position,” says Aquino. “There’s a risk that treating some employees better than the rest can turn others off. The key is to find the right balance – treat everyone reasonably well, but treat those whose work counts most or who have been most productive just a little bit better.”