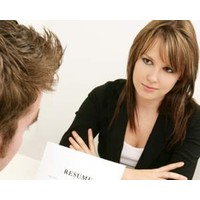 It’s not unheard of for leaders to hire someone for their ‘spunk’, or based on some instinct or feeling of trust, even if they aren’t the most qualified person for the position.

A new paper tested the outcomes of such decisions, and found that when a less-qualified candidate is hired, they delivered a better result.

They brought together three subjects, each with a different role.

One was a leader, who was given a choice of two ‘employees’ to hire. The hired employee would have to sit in front of an isolated computer and answer questions. The two possible hires differed in one important way: one was likely to be more qualified to answer the questions than the other. This was clear to everyone in the experiment at the start.

Regardless of who was hired, the pay for doing the job was fixed, so salary was not an incentive to perform.

In 30% of cases, the leader hired the candidate least qualified to answer the questions. When the person who did the hiring sent a message to the worker, communicating good luck or some similar sentiment, the dud candidates worked 50% harder than their more qualified rivals, and as a result, contributed 40% more value. When there was no communication, both the qualified and less-qualified candidates worked about as hard as each other.

The researchers wrote, “Agents who feel less entitled to fill a position may reciprocate more than agents who feel they deserve it, when principals are able to induce such feeling in the mediocre agents.” That is, the less-qualified candidate felt grateful, especially when they were contacted by the person who hired them, and so worked harder.

The experiment featured 210 groups with 630 subjects, and was conducted from November 2011 to July 2012. The average payout was 10 euros.

The researchers write that, theoretically, better-qualified candidates could be convinced to work harder if they were paid more. But in this experiment, the wage was fixed, meaning it paid off to hire the less-qualified candidate.

In real life, the less-qualified candidate is often hired, the researchers add. Nepotism and favouritism are generally seen as inefficent ways to run an organisation, but, the researchers point out, they have found a situation where such behaviour pays off.

Other research has found overly-qualified workers often result in higher turnover and worse performance due to low morale and boredom, they write.

Moral of the story? Don’t jump to the most qualified candidate. If a less qualified one can do the job, it might pay off to hire them instead, especially if you will pay the same for them.