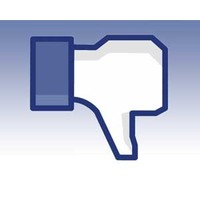 Businesses have once again been warned not to mix charity and commerce on Facebook after an business in Queensland was forced to retract a campaign to donate electrical generators to the victims of Tasmania bushfires for every “like” it received on its main page.

It isn’t the first time such a controversy has occurred – two years ago during the Queensland floods, electronics retailer Bing Lee was slammed for a similar proposal.

And only last year, carmaker Kia was heavily criticised for its Facebook ‘likes for food’ campaign, in which the Korean company promised to make donations to World Vision in exchange for Facebook likes.

“At the end of the day, companies have a responsibility, both economic and social,” says Retail Doctor Group managing director Brian Walker.

“When the waters get muddied like that, it has the effect of invading the social case of a brand, or confusing the two. And that’s why you don’t see high-performing, trusted brands doing that sort of thing.”

The incidents highlight the growing difficulty for businesses in managing online campaigns – many see the opportunity to comment on current events, but often veer too close to touchy subjects.

Queensland company SellItOnline originally said on its Facebook page that it would donate electric generators to Tasmanian bushfire victims for every “like” of its page. The company received backlash from its 1,500 fans, accusing the company of taking advantage of the catastrophe.

The company was contacted this morning, but no reply was received prior to publication. In a statement, the business said it was “very sorry if anyone was offended by this”.

“The post was removed ASAP as SellItOnline didn’t want to upset anyone. All SellItOnline wanted to do is help the people in Tasmania.”

The business has already donated one generator to a Tasmanian man.

Such a slip-up has happened before. Customers don’t usually take too kindly to being coerced into liking a page because the company in question wants to donate some money.

Bing Lee pledged to donate $1 to the Queensland flood appeal for every user who became a member. Users started even using a hashtag “#charityfail”.

The company didn’t even back down, defending itself on its Facebook page by saying it had been “a good outcome”.

But the practice goes against the advice of many social media consultants, who say mixing charity and business never goes well when you’re getting something out of it.

“The idea of a charity, or the idea of giving to a social cause, is used because it fits with the brand and the brand’s social conscience,” says Brian Walker. “It’s tacky.”

Walker says the most important point is that these types of campaigns “confuse the brand”.

“It just doesn’t really seem to provide the brand with any sort of value,” he says.