Can good workplace design attract talent to your company? 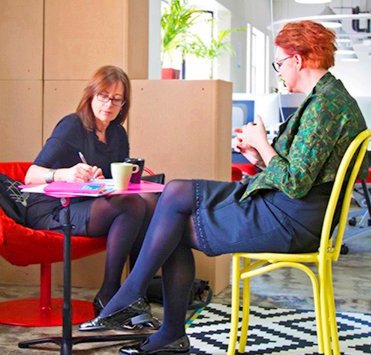 Workplace design and facilities sit just behind salary as key influences on a candidate’s choice of workplace, according to research from design firm HASSELL and Empirica Research.

When you’re expecting someone to spend more than forty hours a week in an office, that office had better be good. If it’s good enough, some workers may even be willing to accept a lower salary. In HASSELL and Empirca Research’s survey, 24% of candidates reported that they would be likely to accept lower pay than they currently received if the new position came with appealing workplace facilities and culture. Appealing technology bumped that proportion up to 37%.

Pay aside, the survey found that providing an appealing workplace doubled the attractiveness of an employer to candidates, all other variables held constant. While providing facilities like gyms, childcare and outdoor spaces were found to be the most effective way of boosting a workplace’s appeal, design was found to count too. ‘Creative, modern’ workplace design increased an organisation’s attractiveness to the prospective candidates by three times over ‘conservative, corporate’ workplace design.

Though much of this information will come as no surprise to those in the architecture and design industries, HASSELL principal Steve Coster says that the empirical data will go a long way in convincing employers about the importance of design.

“There are people who are converted to the idea that workplace is worth spending time and money and effort on, and there are people who need more convincing. And one of the challenges is that we often don’t have rigorous substantiation data to make our argument,” he says.

However, he says that employers are starting to realise the benefits of quality workplaces.

“I think that’s definitely a generally higher acceptance now of the opportunity that workplace represents than there was 10 years ago, when I started working in workplace strategy type work,” says Coster.

“The more people see it and the more they experience good workplaces, the more they realise what’s possible. The biggest barrier is people not knowing what they don’t know, and not realising what a workplace can be like, and that it doesn’t have to be awful – it can actually be quite a good place to be if it’s done well.”

Coster often cites SA Water House as an example where workplace design has influenced the organisation’s culture and cut costs. HASSELL designed the over 20,000 square metre building, which included office spaces and laboratories.

“They had quite a broad cultural agenda to change the kind of organisation that they were,” says Coster.

“One of the symptoms they said would reflect progress was their attractiveness to a new generation of employees. So that was a KPI for the shift they were trying to make. And from a couple of years before they moved into their new workplace until a couple of years after, they went from less than 20 graduate applications a year to getting more than 400 applications a year.”

With mining and engineering companies in Adelaide attracting the majority of engineering graduates, the influx of interest in SA Water from new candidates was a “strategically important issue,” says Coster.