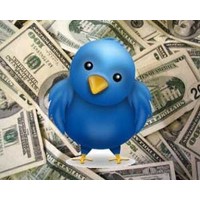 Among social sites, Facebook and Twitter are often mentioned in the same sentence. Both services attract an extensive and ever-expanding base of users. The two are also increasingly competing for consumers’ time online and facing growing pressure to demonstrate that each has a sustainable plan to generate revenue.

Facebook is best known for making personal connections between friends, although the site also hosts public web pages for products, organisations and brands to promote their content. Twitter is primarily a broadcasting service, a so-called “microblogging” platform, for communicating 140-character (or less) musings on topics large and small. Through the aggregation of these “tweets,” Twitter has tapped into the collective consciousness around events ranging from the Arab Spring and the death of Osama bin Laden to Super Bowl picks and the daily activities of celebrities.

“When people think about either [Facebook or Twitter], it’s natural to make the comparison, but historically they are very different,” notes Wharton operations and information management professor Shawndra Hill. Yet, Hill adds, this is beginning to change. “The lines today are becoming quite blurry.”

Indeed, Twitter’s recently unveiled profile-page changes resemble Facebook’s timeline design to some degree. Meanwhile, Facebook now allows users to subscribe to public posts from non-friends in the same way that anyone can follow updates from a public Twitter account. According to Hill, Twitter’s recent moves to change its profile pages, as well as take more control of its developer ecosystem, illustrate how the company is trying to find a sustainable business model. Currently, Twitter’s revenue is largely advertising-based through tweets that companies pay to have displayed at the top of search results and lists of trending topics, and in users’ timelines.

“What Twitter is doing today isn’t sustainable,” Hill says. “Twitter needs to figure out its business model if it’s going to become a public company. Twitter has to emphasise what it believes has value and can’t be easily duplicated.” Twitter’s features, like Facebook’s, can be easily replicated by rivals, and as long as that’s the case, the sites are vulnerable to competition, Hill adds.

“It’s no longer sufficient to focus solely on user growth,” says Kendall Whitehouse, director of new media at Wharton. “In the wake of the Facebook IPO, the pressure is on social sites to demonstrate a sustainable revenue model.” In May, Facebook launched a highly touted initial public offering only to watch shares sink amid questions about mobile advertising and future expansion.

Wharton management professor Saikat Chaudhuri says Twitter may ultimately face the same questions about its business model that Facebook has had to answer. “The onus will be on the management team to lay out a vision for what the entity will become,” Chaudhuri notes. “It’s not enough to say that Twitter has data and users…. Today, we’re not getting much of a roadmap or details about Twitter’s role and what markets it will go after. The lack of information inspires doubt. Twitter has become too big to say, ‘We’ll figure it out [later].'”