Can’t buy me love: Why using money to motivate your workers is trickier than it seems 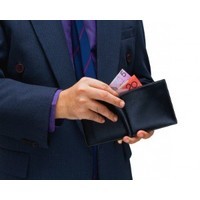 It’s since been revealed that each of these employees will receive $371,000, at the very least. The site’s first 10 employees are each $6.2 million richer, while the first 30 employed will make $3.3 million.

Plenty of companies use cash bonuses to get their employees to work hard and meet business goals. But it’s a controversial practice.

LeadingCompany recently interviewed BI Worldwide vice president Rodd Wagner, one of the world’s leading experts on employee productivity. He said successful companies had to take money “off the table” when thinking of how to engage employees.

His rationale for this was that money didn’t really satisfy the emotional needs of employees, and was thus a relatively weak motivator.

It’s a view echoed by the managing director of Our HR Company, Margaret Harrison, who formerly worked as a HR director at companies like Adidas and PricewaterhouseCoopers.

“If you’re handing out money as an engagement ploy, I don’t think it works,” she says.

“It’s not a way to engage people emotionally, and very quickly becomes seen as just another part of their pay package.”

Instead of just thinking of their workers as rational actors driven by money, companies should recognise a sense of purpose and feelings of being valued and important are to the business, in many cases, far more powerful motivators, she says.

If a business is using the word ‘bonuses’, you know it’s in trouble, says Martin Nally, the managing director of consultancy HR Anywhere. “Christmas bonuses, all of that, that leads to a sense of entitlement. It’s seen as just part of the pay packet.”

The strength of money as a motivator is more felt by its absence than its presence, Nally says. Money itself is rarely a motivator for good performance, but a lack of adequate compensation, on the other hand, is a significant disincentive to workers, who feel cheated out of their rightful pay as a result.

“You need to get the money equation correct, and then leave it alone most of the time,” he says. “If you’re on the market, if you’re a good payer, other things like flexibility or workplace conditions can have a bigger effect on productivity than just more money.”

No two workers are the same. A new parent might prefer more flexibility as a motivator, while another might just want a pay rise if they hit a certain milestone.

To find out what your employees would prefer, just ask them, Nally says. “You can then go back and say, most people wanted this, so we’ve offered it. And that’s incredibly profound, even if not everyone gets what they want. They have a sense of control and ownership.”

That sense of control and ownership is part of why employee share ownership schemes, like that used by Tumblr, work far better than other financial rewards, Harrison says.

“With employee ownership schemes, it’s as much about the sense of control as it is about the money. That sense of ownership is very engaging. And far more of an incentive than just a pay increase. It’s a longer-term benefit.”

Employee ownership schemes can also save you money in unexpected ways, Nally says.

“When people feel like it’s their business, they’re much more careful around things like costs or their use of resources. That’s what share schemes are aiming at – that sense of ownership.”

But not all employee-owned companies work out as well for their workers as Tumblr. Employee ownership can backfire, too.

“Say you have a huge focus on employee ownership, and the company isn’t doing well. If your shares are under water, well, that has a very negative effect. Worthless equity isn’t much of a reward.”

For this reason, companies need a “mosaic” of incentive schemes and benefits to drive staff, Nally says.

He’s a fan of tying benefits and bonuses directly to business outcomes, rather than to periodic times of the year or having them as a vague way to say ‘thank you’.

“If you measure your goals, and give people an incentive to reach them, that becomes self-funding.

“You need a program that encourages the right behaviour, which leads to your making money. You then give a portion of that money back to the people who helped you reach your goal. That’s a huge motivator.

“Using bonuses any other way is a waste.”