Should bonuses be awarded in bad times? The case for 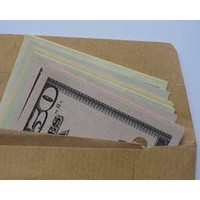 This is a follow-up to Friday’s article, Should bonuses be awarded in bad times?, in which a supermarket operator agonises over whether to pay out annual bonuses to workers, knowing it would wipe out the year’s profit.

In my opinion, Luisa Fernandez should pay the bonuses. Any business with an eye to the long term must reward people’s individual and joint efforts. As Superado has found over the past three decades, teamwork and commitment are crucial to building an organisation that is successful in good times and in hard times. Overcoming obstacles together creates a sense of pride and of belonging to a team. The bonuses reinforce that.

I speak from experience. Superado’s story is loosely based on the situation [Spanish supermarket operator] Mercadona faced a few years ago. In September and October 2008, Mercadona had sharp drops in sales – 3% and 6% respectively. As a result, we were going to miss our annual growth targets and had to decide whether or not to pay out the usual bonuses.

In our case, the management committee decided that all Mercadona employees who had achieved their individual targets and had passed their evaluation interviews would receive a bonus. Senior managers believed that it was important to reward and foster individual and team efforts, especially against the backdrop of a severe economic downturn and uncertainty about the future. In the end, 95% of Mercadona’s employees received bonuses – 190 million euros (AU$231 million) in total.

Our reasoning was simple: we needed the commitment of our people if we were to negotiate the tough times ahead. We did not feel confident that we’d be positioned to understand and adapt quickly to changes in customers’ needs and buying habits without that commitment. After all, people learn new skills and fulfill goals not because somebody tells them to, but because they want to.

The decision paid off. Since 2008 Mercadona’s productivity has risen by an average of 4% a year. Our company policy on bonuses and targets has remained unchanged; indeed, despite the tough economic conditions, Mercadona continues to grow, and in 2011 employees received target-related bonuses amounting to 223 million euros.

The Superado team has to face a hard decision, but it is often the case that leaders must find the courage to take decisions that are tough but necessary. Most important, Luisa needs to be very clear in how she communicates the firm’s decision to pay bonuses in such hard times. She should state openly the philosophy behind it so that employees understand that there is a strong expectation of their renewed commitment.

It’s worth noting that Mercadona’s decision back in 2008 might well have been different if we had been a public company. The capital markets often punish firms that make large bonus payments in deteriorating economic climates. But that’s the advantage we have as a family-run business. We can be much more flexible than a public company when weighing short-term and long-term issues.

And I am absolutely convinced that paying bonuses is the right long-term decision. A culture that rewards the commitment and hard work of employees will deliver sustained growth and higher productivity. It will also nurture a richer pool of committed talent to draw on – perhaps the single biggest competitive advantage any company can have.

Marcos Barberan is the human resources director of Mercadona.