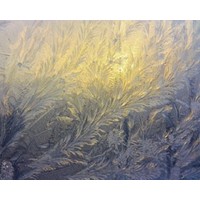 The Commonwealth Bank of Australia is the latest in a string of companies taking the hatchet to the pay packets of executives. The bank has frozen the pay of its CEO, Ian Narev, and all executives earning more than $150,000, according to The Australian Financial Review.

The decision, announced in a note from Narev to bank staff, is likely to affect as many as 500 people, the paper reports.

Bonuses are not frozen, but they will be affected. Remuneration expert Michael Robinson of Guerdon Associates, while not commenting on the CBA’s move specifically, points out that bonuses are tied to pay levels. “If your maximum opportunity for a bonus is 50% of your base pay, the bonus opportunity has been frozen,” he says. “But if in the past you have not got the maximum bonus, you could receive a bigger one.”

The move allows the bank to focus executives on performance. “You don’t want to demotivate people,” Robinson says.

A pay freeze is always a risk – top talent might decide to leave in search of green pastures, he says. However, their options are few at present. The depressed conditions in banking are fairly even across the financial services sector.

It is probable that most bank and financial services companies have salary freezes in place. “Earlier in the GFC, this wasn’t the case, but the subdued earnings growth has been prolonged,” says Robinson. “There are not many job opportunities opening up.”

Executives are unlikely to flee overseas – another risk of the bank’s strategy – because the Australian dollar is so high that local remuneration is comparably attractive, he says.

For the executives who are affected, the pay freeze represents an opportunity over the long-term, says executive coach, Noel Posus, a director of Incredible Awareness and specialist in conflict management.

While most executives will knock on their manager’s door to discuss the freeze, clever ones will make the discussion a very different one. “If I were to whinge to my manager, it is a recreational whinge,” Posus quips. “We can enjoy that, but it has a time limit because there is nothing either of us can do about it.”

Rather than approaching a more serious discussion with a sense of entitlement, executives who appreciate the needs of their manager, their company and themselves will be the first to be remembered when the landscape changes, Posus says.

“The response needs to focus equally on my needs, what my manager’s needs might be, and on what the company needs,” he says.

“It is best to start off with questions to your manager. Ask, ‘could you talk me through the strategic need for the freeze so I understand the business position?’ If there is an end in sight, the question is really, ‘How will the work I do now be remembered when the freeze is lifted?”

Posus says we all apply a very personal meaning to what we earn, but this needs to be put aside. “It is important not to take it personally. This is a policy position based on the company’s needs.”

Robinson says the bank will reserve the right to make exceptions to the blanket freeze, but the company is sending a message to everyone not to expect a pay rise. The remaining staff have also been advised to expect smaller pay increases this year.

Not every manager will welcome questions from their reports about the issue of pay in such circumstances, but Posus says executives must remain focused on their performance. “You will probably have the same key performance indicators,” he says. “Regardless of the level of response you get, you are still required to do your job to the best of your ability. If you don’t help improve the company’s position, they are never going to be able to pay you more.”