Celebrities and your brand: Can you afford an Alan Jones moment? 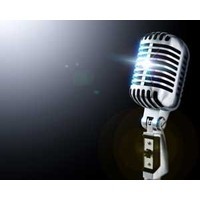 One way to stop casualties in any stampede is to open the gates.

By Friday last week, as the stampede of advertisers rushing to extricate themselves from any association with Alan Jones’ early morning radio program on 2GB grew, the station management made their decision for them: it pulled all advertising from Jones’ program. Advertisers were under pressure following Jones’ comments earlier in the week that the Prime Minister, Julia Gillard’s father had died of shame over this daughter’s political lies.

Pulling all the advertising from Jones’ show saved advertisers from social media vilification on the one hand, and the radio station from potentially losing advertisers from all its other programs on the other.

How did it get to this?

Surely there was not a single advertiser under any illusions about Alan Jones, shock jock: his political views, his sensationalist approach to social and other issues, his ego and his tendency to lack personal moderation. Michelle Gamble, chief angel at Marketing Angels, says: “Anyone who goes into a relationship with Alan Jones must have their eyes wide open; he is a shock jock and that can come back to bite you.”

Jones was forced to apologise and pay $10,000 damages to a Lebanese leader after making inflammatory comments about the Muslim religion in April 2005, just days before riots in Cronulla.

But Jones is a ratings dream. His audience is estimated on average to be 151,000 at any point on any weekday morning – the highest rating of any Sydney station.

Adam Ferrier, a consumer psychologist and founding partner of Naked Communications, says: “The biggest predictor of the future is the past,” he says. “If you sponsor a person who has had a history of saying the wrong thing or being silly, you are taking a bigger risk. With Alan Jones, he is a shock jock paid to be controversial.”

Celebrity endorsements can be a powerful marketing tool, Gamble says. “Awareness is one benefit, but endorsements can drive sales. Think of the fashion designers sending gowns for the stars at the Oscars [film awards]. They make bespoke gowns, which is a huge investment, and if the celebrities wear it on the red carpet, it can drive sales enormously.

“Look at Swisse [Vitamins], with their products that have had endorsement from Joan Collins, from Delta Goodrem – their sales are going up.”

Over-the-counter sales of Swisse vitamins in Australia reportedly grew 40% in the 12 months to June this year.

But celebrities, being human, are risky. Gamble says: “If you look at [shoe brand] Nike and [philandering golfer] Tiger Woods – with some of those personalities, anything can happen. You can never know what people are going to get up to. It’s human nature.”

The lesson for leading companies from the Jones scenario is to choose celebrities whose values reflect those of your brand, Gamble says. “Make sure if you are looking at working with a celebrity that the brand values are aligned with that person, that they represent what your brand stands for.”

Ferrier says he believes advertisers and sponsors chose to advertise on the Alan Jones program for the audience reach. “I am not sure that many companies are sponsoring him because he is controversial, but because he has a lot of listeners.”

The question that advertisers now face is whether to go back.

Typically, when celebrities fluff their role as brand ambassador (think cricketer Shane Warne snapped sucking a furtive ciggie after the makers of Nicorette sponsored him £84,000 to quit) the case is clear: extricate and disassociate – quickly.

Even then, many companies get it wrong, says Gamble. “Act quickly if anything does happen, and put out your own statement. Brands often make this mistake and leave it too long.”

Mercedes has made the call to end its association with Jones. Ferrier says: “Jones’ role in the media is divided between him being a celebrity, and him being a media mouthpiece. Mercedes have used him in both ways, giving him a car to drive and using him as a talking-head media property to reach an audience.”

Jones has had to return the Mercedes as a result of the latest controversy.

With every celebrity, there is a use-by date, and the big name involved is least likely to spot it coming. “The other thing about Alan Jones is longevity. He has a certain audience – male, right-wing – I don’t think he is so appealing to women, or to the young.”

One strategy – albeit an expensive one – to mitigate the risk of celebrity endorsements and to gain the benefits, is to use a spread of names in a campaign in the way that Swisse has, choosing several celebrities to represent its values of health and wellbeing.

As Ferrier points out: “With celebrities, you get what you pay for.”