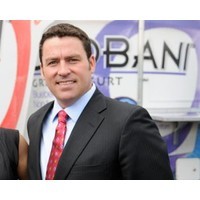 American yogurt maker Chobani wants to do in Australia what it did in upstate New York – grow. The defunct factory, bought in 2005 by the founder of Chobani, Hamdi Ulukaya, had produced 75,000 cases of yogurt a week at the height of its production; today, Chobani produces two million cases a week – an increase of 2,800%.

Last year, the company revenue reached $US650 million; by December this year, existing orders will see it become a billion dollar brand.

Last July, Chobani bought Bead Foods, the makers of Gippsland yogurt brand, for an undisclosed sum. Bead (now called Chobani Australia) had about $65 million of yogurt sales last year, and Chobani’s executive vice president of sales, Kyle O’Brien, says he expects that to increase to $75 million this year, since the introduction of the Chobani product lines in November last year.

The story of Chobani’s success is a salutatory one for every manufacturer – even the most commoditised product can be revived with innovation, and the doldrums is the best time for a challenger to attack a tired market.

The company, which launched its products in 2007, has had a big impact on the community in which it operates, which is about 3.5 hours north of Manhattan Island. Chobani employs 1,200 people from the community where once the highest employment at the factory was 75, and uses the milk from 70,000 cows every day, making it popular with the surrounding dairy farmers.

Ulukaya bought the US factory for $US700,000 from Kraft, which had closed the factory and exited the yogurt market. The 100,000 square foot facility was state-of-the-art.

Ulukaya set about developing a Greek-style yogurt. By Australian standards, the US product is not so unusual: a low-fat yogurt made thick and creamy by repeatedly straining it, and using only natural ingredients: fruit, milk and culture. But it stood out in the American market. At the time, competing yogurts were made by pouring ingredients into a vat, and walking away.

“At that point in 2007, there were not a lot of great products sitting on the shelf,” O’Brien says. “The world was not a great place. The category was spiralling down, brands were going out. It was very commoditised, and there was nothing exciting.”

Without enough money to advertise the product, Chobani took a partnership model to retailers: if they agreed to stock the product at the recommended price – not the most expensive and not the cheapest – Chobani would promote it with tastings across the continent.

“We went with our ChoMobile and hit the streets across the US. We gave away full samples of Chobani, not little guys, the real deal. These were our employees (we didn’t farm it out) who understood what real yogurt should be – milk cultures and fruit, only natural ingredients.”

They told the story of the name, which means shepherd. “The story behind it is that anytime a shepherd would travel, or would be visited by someone, he would give a gift. We have a foundation where we give 10% of our profits to charity.”

In the first year, the company gave away 150,000 tubs of yogurt, steering clear of food shows, and heading instead for popular events such as arts festivals.

The first two big customers were Stop&Shop, a 600-store chain, and ShopRite, with 220 stores across New Jersey.

The company’s operational planning was sophisticated; it had lined up plant purchases based on various scenarios of sales. “People always ask: how did you manage to scale up to that volume so quickly? It was because the plan was in place; if there were sales of 20,000 cases a week, we knew we had to have X amount of separators and fillers and that sort of thing. We were able to flick the switch and put in the equipment we would need six months down the road. It takes at least that long to get it.”

Today, O’Brien says there is demand for 3.2 million cases of yogurt a week – nearly double what it can supply – which has the bank’s slavering to offer the company funds. The entire process has been funded on debt and retained earnings – Ulukaya remains the sole owner of the company, and bought 100% of Bead Food. A new factory on the west coast of the US is 10 times the size of the original one: one million square feet.

The Australian operation is Chobani’s first international expansion. “We said to our international business development fellow, go and get on an airplane and find opportunities for us. Bead is an opportunity. There is a lot of room to grow. When Hambi and I flew down, it was a fit, not a real adjustment for us. There is no teaching was real yogurt is all about – timing and temperature. We see an opportunity like we did in the US to help grow the category, and do something innovative.”

Can more be done to innovate with yogurt? O’Brien looks astonished. The company is developing recipes so we can cook with yogurt at breakfast, lunch and dinner. “And there are so many other products that are yogurt-based,” he says.

As the company expands, O’Brien says communication is the biggest challenge.

“One thing we have been screaming from the beginning – I have probably been screaming it the most – is reminding everyone you have to talk. Don’t hold any information; everyone has to communicate.”

It’s an issue that O’Brien learnt the hard way. Early on, as sales ballooned, the customer service staff became overwhelmed by demand. “It became too much, but they didn’t communicate and say, ‘Listen, I can’t do this, this is too much’, and we almost lost one of our biggest accounts.”

The rules and regulations that come with growth increase the need for staff to focus on internal relationships, O’Brien says. “The people you work with directly day-to-day are there by design, to complement you, so you have to continue to work on internal relationships so the consumers and retailers don’t know if there is an issue internally – they never feel it. We have to protect the consumer and the retailer from our internal challenges.”