Companies search the world and hire at home 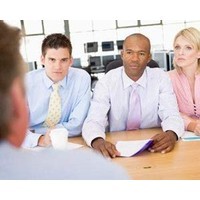 His reign was a shambles, and led to Telstra’s share price underperforming the market by 20%. In 2009, he resigned, and went on to describe Australia as a racist, backward country.

The Trujillo experiment was disastrous for Telstra, and at the time, many criticised boards for being lured by star recruits from overseas, leading them to overlook home-grown talent.

But our analysis of the backgrounds of the CEOs of the ASX 100 showed that in most cases, this is far from what happens.

When it comes to finding a new CEO, our largest companies overwhelmingly hire at home. LeadingCompany’s analysis of the backgrounds of the CEOs of the ASX 100 showed that of the hundred, 70 were hired from within their company.

The figure includes the seven who founded their own company, as well as the two CEOs who were related to the company founders (Stephen Lowy at Westfield, the son of Frank Lowy, founder and chair; and Katie Page, the wife of chair and founder, Gerry Harvey).

Many internally-appointed CEOs joined the company first as a member of the executive suite, before being promoted up after a few years. They include Paul O’Malley at Bluescope Steel and Chris Rex at Ramsay Health Care.

Of those who weren’t promoted internally, many were CEOs of other ASX100 companies before being brought over. Elmer Funke Kupper was Tabcorp’s CEO before joining the ASX, and Ian Smith headed mining company Newcrest before joining Orica.

There are a few things we can take out of these figures.

Firstly, they show that boards and CEOs are succeeding in creating a pipeline of internal succession candidates. This means their companies are less likely to be left in a lurch should one CEO suddenly leave.

It also arguably leads to better leadership: a 2007 study by consultants AT Kearney and the Kelley School of Business found companies headed by internally appointed CEOs had better long-term financial performance than those led by outsiders.

The figures also show boards reward loyalty over external star candidates, at least when it comes to executive leadership.

And thirdly, the figures show boards reward knowledge of their company. This is especially evident when you consider our previous analysis, which found boards often promoted their chief operating officer to the corner office.

Soft leadership skills and generalist skills such as those taught in the Masters of Business Administration might be important, but not so important that they replace solid and comprehensive knowledge of the day-to-day workings of a business.

The takeout is this: if you want to be a high-flying CEO, consider working your way up the one company.

The full list of CEOs is available over the page. For all our ASX100 CEO coverage, click here.