Social media and the two sides to ASX trading halts 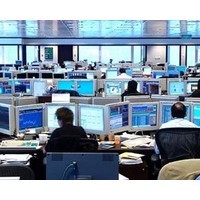 In a fragile world and with a particularly fragile share market, Australia’s corporate regulators have seen their role in policing the area of continuous disclosure multiply.

Disclosure requirements are certainly not new to company law. At the end of the 19th century, companies listing on the Sydney stock exchange were required to promptly notify alteration of capital, calls, or other material information.

The formation of a national stock exchange in 1987 to facilitate trading of electronic securities inadvertently heralded several changes in the framework for monitoring disclosure. Early share price fluctuations effected investor confidence which in turn led to a review of the legislative framework surrounding disclosure.

From this initiative came the introduction of the continuous disclosure regime for listed companies in 1994. Investor confidence was the goal and it remains so today.

But from this fairly slow start, the profile of the continuous disclosure provisions has grown dramatically.

The overall area is regulated in Chapter 6CA (ss674-678) Corporations Act and through the ASX Listing Rules (Chapter 3). Section 674 requires notification of information not generally available that a reasonable person would expect, if it were generally available, to have a material effect on the price or value of the securities.

Listing Rule 3.1 adds a layer of obligation by requiring that ASX be immediately told once the company becomes aware of such information.

In particular, the Australian Securities and Investment Commission (ASIC) has increasingly made use of the infringement notice procedure in Pt. 9.4AA Corporations Act to enable it to deal with breaches of s 674 more swiftly. Compliance with the infringement notice means that the entity avoids further legal proceedings and perhaps any adverse publicity that may result from such proceedings.

But the two vexing problems surrounding the current interest in continuous disclosure are the place of social media in disseminating information and opinion and the wisdom – or otherwise – of trading halts.

In 1994 when the framework of the continuous disclosure provisions was introduced, social media was infant and the need to monitor such sites by companies not a disclosure issue.

However the recent revisions to Guidance Note 8 of the ASX Listing Rules make it an issue today.

Speaking at the Chartered Secretaries Australia Annual Conference last month, ASIC Commissioner John Price said he believed companies needed to be more aware of what information the market was trading on, although he conceded that it would be impractical to monitor every social media outlet.