Creative that cracks the code 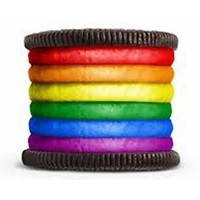 A decade into an internet-driven advertising revolution, is it all over for creative? Looking at the web, you might think so. Your typical browse is polluted by mortgage-refinancing and weight-loss ads, none of which came off the drawing boards of great art directors. What with filter-defying product placement, search-based ad serves and real-time media bidding, it would be easy to conclude that advertising has flipped to all science and no art. But then along comes fresh creative to show us what really sells.

Let’s take a look at four campaigns that stand out because each has a clever idea at its core. Together they provide assurance that as long as companies are selling, consumers will need persuading – and the creativity of advertising will never cease.

Variations on a meme: Wonderful Pistachios

Advertising creatives have always known the power of memes, even if they didn’t always use the term. For decades major marketers were often the ones to launch memes. Alka-Seltzer’s “I can’t believe I ate the whole thing” and the Wendy’s tagline “Where’s the beef?” were picked up and repurposed from preschools to presidential debates.

The splintering of media channels has made it hard to claim that kind of mind share by brute force. Add the democratisation of publishing and the premium people place on discovering the new, and you have a situation where memes can start anywhere, take off like rockets and fizzle out a week later. Whereas advertisers once spawned memes, now the better strategy may be to surf them.

So expect to see more creative in the mode of the Wonderful Pistachios campaign, which is simple enough to cycle through executions quickly and cheaply. The campaign started out conventionally, using celebrities, and was highly successful: national TV spots in its first year yielded a 233% increase in sales, and double-digit gains have followed in the years since. Now the ads include memes, such as YouTube’s infamous Honey Badger and Secret Service agents partying with prostitutes. If someone else gets a popular meme rolling, why not jump on that bandwagon?

It’s easy to forget how long companies have been inviting ideas from “the crowd.” If you’re in doubt, read The Prize Winner of Defiance, Ohio, a memoir of 1950s America in which the author’s mother writes advertising jingles for contest after contest. Years before Jeff Howe coined and defined the term “crowdsourcing”, marketers knew its power.

Now that the business world has rediscovered the concept, most people celebrate crowdsourcing as a way to get fresher, better ideas. And they’re right. But the quality of the winning idea is at best only half the argument for crowdsourcing. When ordinary folks sit down to think about how to advertise a product, the marketer gets more engaged customers as well as more creative options.

If you focus on maximising engagement, you’ll realize that the ideal time commitment to be asked of the crowd measures in minutes. If you expect people to spend hours on beautifully rendered creative, you’ve set the bar too high. Nabisco’s “Daily Twist” campaign for Oreo cookies is an example of getting it right. In honour of its centennial, the brand launched a 100-day series of cookie designs pegged to each day’s news. It invited people to nominate news pegs every morning and to vote later in the day for their favourite designs. In the meantime, highly talented designers cooked up the creamy execution. With the bar so low for crowd participation, anyone could offer up thoughts. Sharing of Oreo’s Facebook page rose by 4,400% compared with the three months before the campaign’s launch. Plenty of those people also went out and bought Oreos.

Ask anyone in consumer goods why his industry isn’t more committed to sustainability and you’ll hear the same thing: because the marketplace doesn’t reward us for being so. Sadly, most “socially responsible” goods cost more to produce than alternatives that leave the world worse off, and those costs translate into higher prices. Regarding the merits of passing up the greater bargain for the greater good, most shoppers remain unpersuaded.

But persuading people is what advertising is designed to do. So as marketers become more committed to corporate responsibility goals, expect to see more of them using their messaging powers to change consumer behaviour.

That is what the British retailing giant Marks and Spencer is doing in its “shwopping” (a conflation of “shopping” and “swapping”) campaign, which suggests that before you rush out to buy the latest fashion, you choose something from your closet to recycle. M&S will make that easy for you through a partnership with Oxfam and convenient “shwop drops” in its stores. But you might decide that you can keep wearing that old thing and you don’t need a new one.

Here’s a for-profit company that is not only promoting something other than the goods it has for sale, but even to some extent suppressing demand for them. It seems like madness until you realise that M&S is playing a longer game. As the UK’s biggest clothing retailer, it can’t afford to be irresponsible – its practices are under heavy scrutiny. If and when its customers start to value sustainability, it stands to win big.

Content providers maintain an uneasy alliance with advertisers. Both sides know that ads enjoy greater attention when they are hard to separate from the content that surrounds them. And both sides need the advertising to succeed. But the content people also know their customers will balk if they feel that content has been compromised by paid marketing.

A recent campaign shows how far a marketer can now go to make its advertising blend in with the surrounding context. After the retailers Target and Neiman Marcus teamed up on some merchandise, they decided to advertise it on ABC’s drama series Revenge. First they opted for a “takeover” of the program, meaning that every ad in the hour-long segment was theirs. Then, to make the most of that sole sponsorship, they hired the show’s cast to perform in character in five long-form commercials. These were unquestionably ads, but by borrowing all the elements viewers had chosen to enjoy and stringing the spots into a “story within a story”, the marketers made them hard to skip.

What instantly became clear is that there is a big difference between ads that travel into native territory and ads that “go native”. Extra expense and tricky constraints are involved when a brand chooses to assimilate with indigenous content. But those that can move comfortably in this realm may never go home again.

Julia Kirby is an editor at large for Harvard Business Review.